Sundowns grappling with injuries ahead of tricky date against rivals Wits 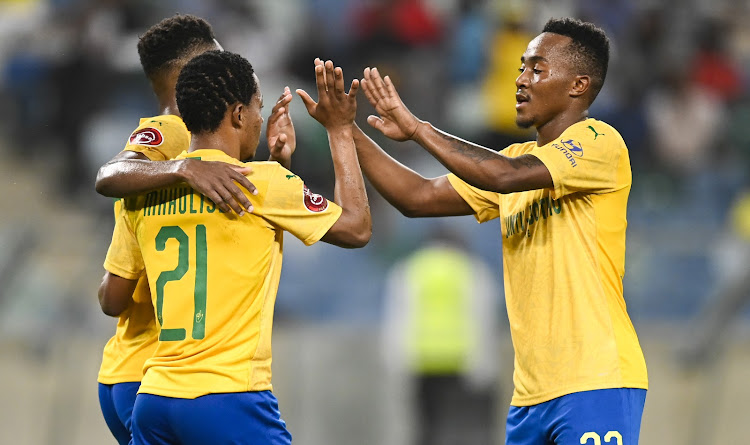 Mamelodi Sundowns are grappling with an injury crisis ahead of a crucial Absa Premiership encounter against title rivals Bidvest Wits at the Loftus Stadium on Tuesday night.

Coach Pitso Mosimane is a worried man as they have been hit by injuries to Gaston Sirino‚ Mauricio Afonso‚ Mosa Lebusa‚ Phakamani Mahlambi‚ Ali Meza and Rivaldo Coetzee.

They all missed Sundowns’ 3-0 win over AmaZulu in Durban at the weekend and Mosimane will have to juggle his squad again on Tuesday against a Wits side that will also be missing influential midfielder Thabang Monare‚ who is missing after picking up a fourth yellow card in their 2-0 win against Stellenbosch on Saturday.

“It's the same thing if you speak to Gavin Hunt and he will tell you‚” said Mosimane of the injuries and the heavy schedule Sundowns face in the second half of the season.

“You pay the price for playing in Caf club competitions.

"And look at the three amigos (Sirino‚ Meza and Afonso)‚ they were not (in Durban against AmaZulu) because they’re injured.

“Phakamani (Mahlambi) is injured. Lebusa (was not in Durban)‚ he’s injured. Rivaldo (Coetzee) (was not there) and Sirino is injured.

“So it’s a bit difficult to have a full team.

"But it’s difficult for Wits also because their squad is not big. But they are coping‚ they’re managing. But you don’t know when the injuries come.

“I mean Afonso goes out (on Friday last ) in training.

"I mean‚ in training... the guy was training properly and then a hamstring.

"The day before it was Ali Meza‚ he pulled out.

“Sirino was kicked in Algeria and we had to substitute him and you need those players.

“Lebusa has been out ever since he got a knock against Polokwane City‚ so you have to wait for them and hope you have the full team.

“But it’s good because Ricardo Nascimento is training now‚ so we need them.

"You need the full team to handle this programme that you’re asking me about‚ to say what you’re going to do in this situation.

“We need everybody. But I’m happy that the younger ones are coming. Keletso (Makgalwa)‚ Pitso (Sphelele Mkhulise)‚ Vila (Sibusiso Vilakazi).

"It’s important huh‚ so that’s what you need. You need the depth.

“We managed to save the legs of Anele (Ngcongca‚ against AmaZulu) so we need him for Tuesday against Wits.”

Sundowns will hope to put a damper on Kaizer Chiefs' 50th birthday celebrations on Tuesday by cutting their lead at the top of the log to just one point if they beat the Clever Boys.

But Mosimane insisted that the match would not be an easy one against a formidable Wits side and after two days of rest from their travel to Durban.