I have no fight with Khune‚ says Kaizer Chiefs goalkeeper Akpeyi 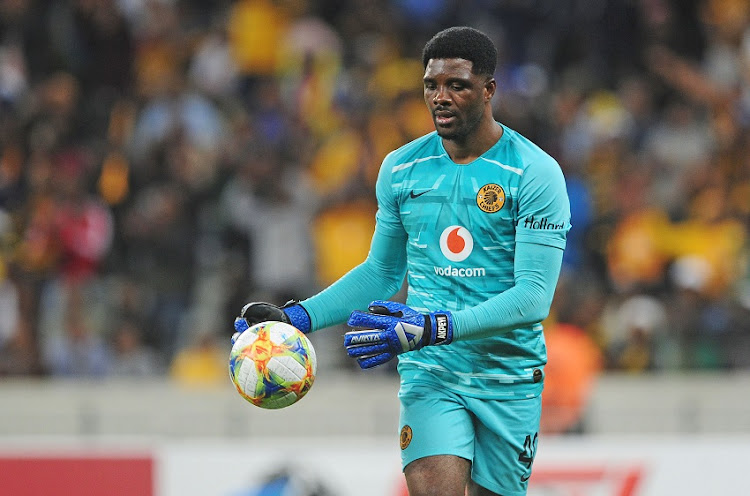 Daniel Akpeyi does not see a fight materialising between himself and Itumeleng Khune for Kaizer Chiefs’ goalkeeping jersey‚ but rather a healthy rivalry and competition.

Khune has recently returned from injury to full training‚ though Amakhosi coach Ernst Middendorp says the Bafana Bafana keeper has a way to go to be “match fit”.

It says something about the confidence with which Akpeyi has commanded the posts in Khune’s prolonged absence‚ and won over Chiefs’ fans‚ that the Nigeria international was awarded the Absa Premiership’s Player of the Month prize for September/October on Thursday.

“On Khune‚ I don’t think we are having any fight on who is going to be the No 1 or not‚” Akpeyi said.

“It’s only an opportunity that I’m having‚ having the coach to have confidence in me while Khune is injured.

“If Khune is fine and the coach decides on whoever he wants to play‚ we are cool.

“The good thing is that we have healthy competition in that department and everybody is pushing each other.

“One thing I like about Khune is that he supports you‚ from what I can see. He’s not actually looking at Daniel being No 2‚ or No 1‚ or something.

“It’s about being given the opportunity‚ and we support each other from there.”

Akpeyi kept another clean sheet for Chiefs – Amakhosi have not conceded in six of their last seven league games‚ and that was also a run of seven straight PSL victories – as the Soweto giants thrashed Stellenbosch FC 4-0 at Cape Town Stadium on Wednesday night.

The victory saw Chiefs – who meet Bloemfontein Celtic next at FNB Stadium on Saturday‚ December 7 – extend their lead back to 10 points.