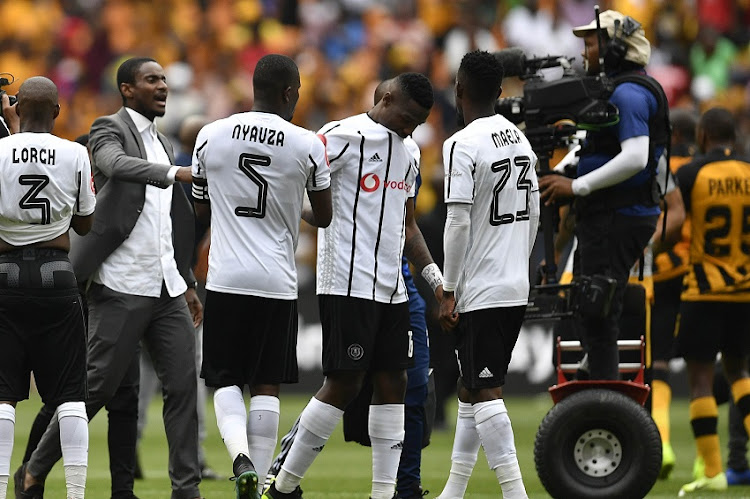 Orlando Pirates coach Rulani Mokwena has conceded that premiership leaders Kaizer Chiefs are the only consistent side in the league.

Chiefs have remained perched at the summit for the better part of the season after a run of nine wins‚ a draw and a defeat from 11 matches.

“I don’t see anyone doing four‚ five‚ six games in a row except maybe the team in gold and black (Chiefs)‚” said Mokwena.

“But also we can discuss that (Chiefs' consistency) because you mention the word (benefiting) that I don’t want to mention.

“Maybe if we also get a little bit of luck on our side we can put together a couple (of games).

"Things even themselves out in life sometimes…

"Usithanda sonke uNkulunkulu (God loves all of us).

"I’m not trying to jab anybody‚ I’m just saying God loves us all. He looks after all his kids.”

Pirates beat Polokwane City 3-2 in a league match at Orlando Stadium on Tuesday night and they equalized through a controversial Gabadinho Mhango first half penalty.

Substitutes Tsegofatso Mabasa and Kabelo Dlamini provided the winning goals in the second half.

Mokwena acknowledge that Pirates have also profited from refereeing blunders this season.

“So as much as we are on the receiving end sometimes of situations‚ sometimes like (on Tuesday)‚ we get a fortunate situation.

"You’ve got to be grateful‚” he said.

“We are very grateful when it’s difficult because we know we get stronger‚ wiser and we grow.

“But we’re grateful also for good moments and getting three points. We take it and move on.”