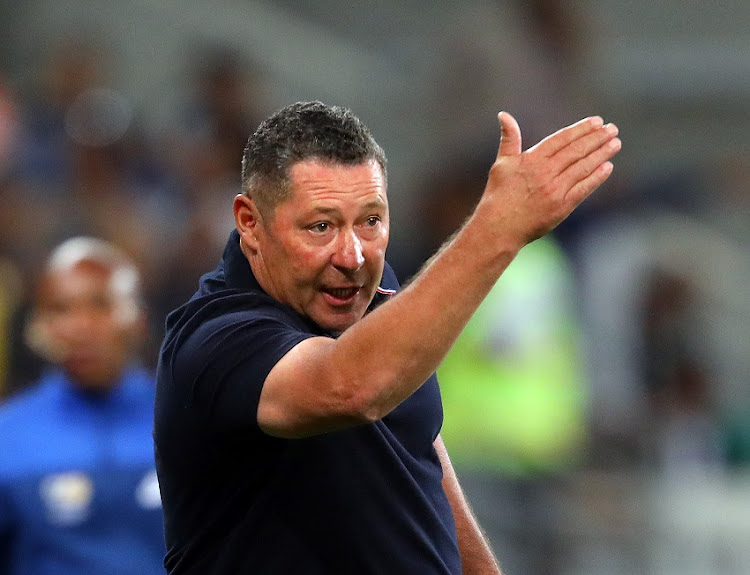 Stellenbosch FC were handed a tough lesson by log leaders Kaizer Chiefs on Wednesday night and coach Steve Barker’s immediate hope is that they learn from it.

There was no hiding the gulf in class as the Premier Soccer League new boys suffered their heaviest home defeat on a night when little went right for them.

“Besides the scoreline‚ when you lose a game 4-0‚ you are obviously disappointed and it goes without saying‚ but we’ve got to look at ourselves and where we are‚ and where we are fighting and what we need to achieve.

“We need to learn from certain situations today.

"There was a difference in quality and class that was quite obvious.”

“We knew what we were up against; they have had the highest return in points at this stage of the season in PSL history‚ so one has to take a hat off to Chiefs for getting the job done.

“When they lost on Sunday (to Maritzburg United in the Telkom Knockout semifinal) everybody was telling me they were vulnerable‚ but I knew they were too good a team not to bounce back.”

But his side gave up two easy goals from corner kicks and this was an obvious irritant to Barker.

“We pride ourselves on working hard enough on our open play that with set-pieces we should not be letting ourselves down.

“The important part for us is not to mope or sulk but to take the defeat on the chin and move forward. We have another opportunity on Saturday to get ourselves back on track.”

Stellenbosch travel to SuperSport United for what is their penultimate game of the year.

“We were too passive in the first half and what we need to do is learn as a team and to play with the courage and bravery that we showed when we came out in the second half.

“But you cannot want to be brave and courageous when there is nothing to lose when you are 2-0 down.

“We need to show the same sort of spirit from the first whistle then I believe we can compete and get points off teams we should be getting points off‚” added Barker.