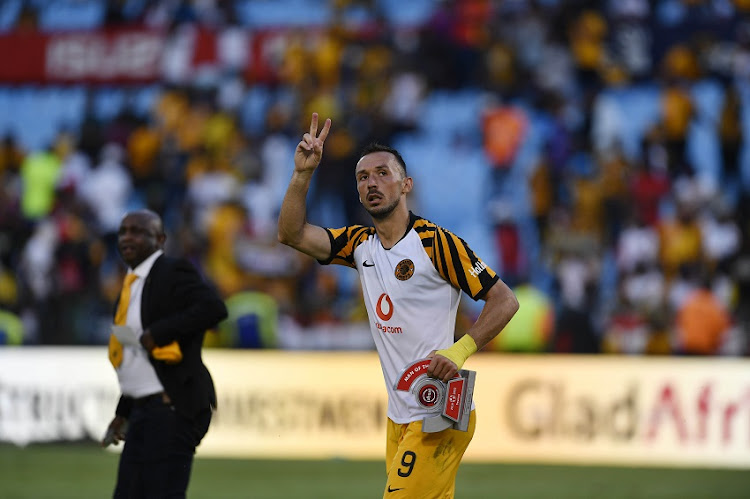 Nurkovic‚ Zimbabwean teammate Billiat and Colombian Castro have made a lethal multinational forward three‚ in front of the service of Lebogang Manyama‚ as Amakhosi aim for a cup final place when they meet Maritzburg United in Sunday’s Telkom Knockout semifinal at Mbombela Stadium.

Chiefs’ form – top of the Absa Premiership with just one defeat – is based mostly on their structure under coach Ernst Middendorp. But when they win the ball‚ it is worked directly to their front three‚ whose movement can be treacherous opening opposition defences.

“I am enjoying every moment with these players on the pitch. Whether it is Castro or Khama‚ or Lazarous [Kambole]‚ or Lebogang behind us‚” Nurkovic said.

“It is a really good feeling to play with them.

“We are three up-front so we are rotating‚ sometimes Khama on the left‚ Castro on the right. And there is good communication between us.”

There was skepticism that Nurkovic – signed form Slovakian second division outfit Komarno in the off-season – could make an impact at a club of Chiefs’ stature.

At least teething problems were expected‚ as even European strikers can struggle to adjust to the pace of the PSL.

He has settled quickly‚ winning over supporters with his bustling style‚ ability to win the ball high up-field‚ and directness for goal‚ notching four goals in 11 league and cup games. Nurkovic said better can still come.

“Here [in SA] it is a bit faster in tempo than where I played in Slovakia. I’m adapting‚” he said.

“There is always room for improvement. I’m doing my best in every training and game. And it’s going to be better and better form game to game.”

The Serb said Chiefs will not take Maritzburg‚ a tight unit under coach Eric Tinkler who have hit form with seven games unbeaten‚ lightly.

“They have a good coach‚ they have a quality team‚ and we respect every opponent‚ as with all opponents‚” Nurkovic said.

Chiefs are seeking to overturn an unprecedented four seasons without a trophy. Maritzburg are aiming for just their second cup final‚ having lost 1-0 to Free State Stars in the 2018 Nedbank Cup last match.