Kaizer Chiefs defender Cardoso - ‘You’ve got to have balls’ 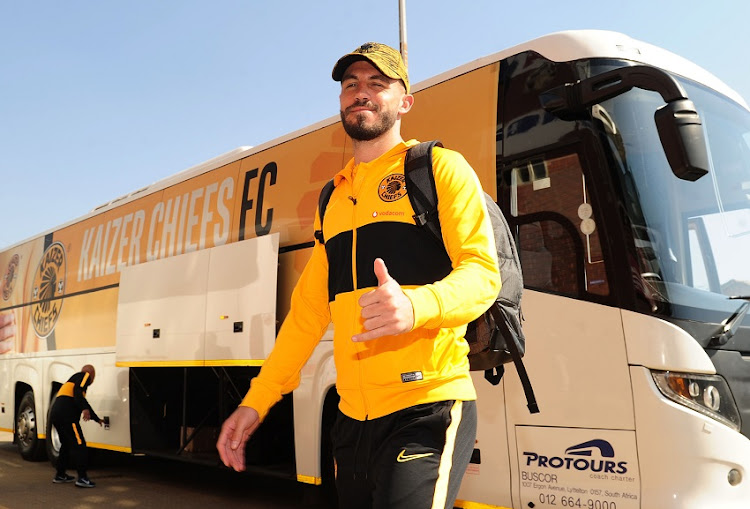 Kaizer Chiefs centreback Daniel Cardoso believes that bravery is the key ingredient to his recent success with taking penalties.

Chiefs face a huge Telkom Knockout semifinal against Maritzburg United at Mbombela Stadium on Sunday (kickoff 3.30pm)‚ as they seek to overturn four seasons without a trophy.

Amakhosi‚ like Maritzburg‚ have progressed via the penalty shootout in both previous rounds – beating Cape Town City away and Orlando Pirates in Durban via spotkicks.

Cardoso believes it was the courage he displayed missing a penalty in normal time against City‚ then stepping up under immense pressure in the shootout in front of a packed Cape Town Stadium and successfully slotting‚ that has given him the confidence to claim the role as Amakhosi’s chief spotkick-taker.

“My first penalty was in the derby against Pirates in the 1-1 draw last season‚” the defender said this week.

“I had told everyone during the week that I just felt like I was going to score in the derby. Then the penalty came along and I stepped up. And since then I’ve been taking penalties.

“Unfortunately I did miss against Cape Town City. But I didn’t let it get the better of me. I stood up for the first penalty in the shootout and I slotted.

“Last week in the two derbies I scored three penalties against Pirates – the one in normal time in the Telkom Knockout‚ then in the shootout‚ and then the winner in the league win [Chiefs won 3-2 in the Absa Premiership a week later].

“And I mean‚ in that game we’re going 2-2 in the 83rd minute‚ there’s huge pressure‚ the fans are there – you miss‚ the fans are going to hate you.

“But when I stood up‚ I blocked everything out‚ and it was just me and the keeper [Wayne Sandilands].

“The last two times against Wayne I had put them down the left. And I went straight down the centre.

“I knew I was going that way. I’d made my mind up. The one against City I changed my mind‚ and I missed.

“It just shows you that when you’re talking a penalty‚ make up your mind and stick to it.”

Cardoso said it took character to continue taking Chiefs’ penalties after the miss against City.

“You’ve got to have balls. A lot of people‚ having missed‚ might have stepped away from the penalty in the shootout‚” the centreback said.

“And I was trying to show the youngsters too‚ not to be scared. Everybody misses – Cristiano Ronaldo and Lionel Messi miss. But you’ve got to have the character to come back.”

Chiefs have won eight league and cup games – including the two penalties victories – in succession entering Sunday’s semifinal (kickoff 3pm). Maritzburg are unbeaten in seven games in all competitions.