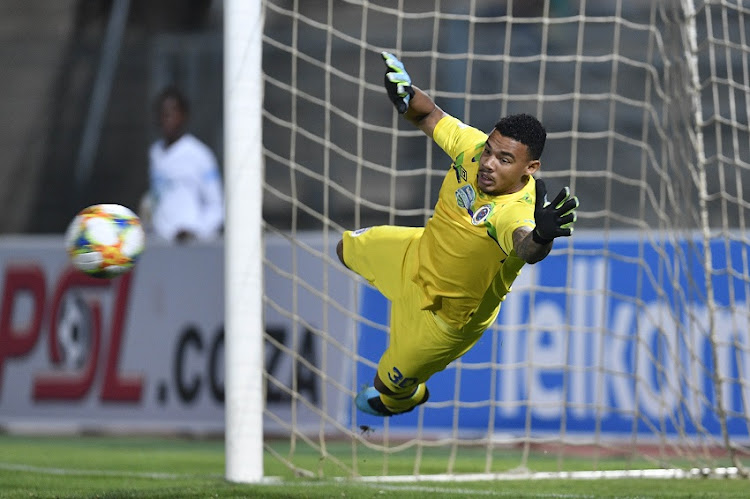 SuperSport United goalkeeper Ronwen Williams says Bafana Bafana will have to show strong mental fortitude when they face Ghana in a 2021 Africa Cup of Nations qualifier in Cape Coast on Thursday.

Bafana are hoping to start their campaign on a positive note and Williams‚ who is competing for a starting berth with Darren Keet‚ is expecting a hostile reception away from home.

“It is a mentality thing and you can’t let outside factors affect you game‚” he said the 27-year-old.

“At the end of the day‚ it is going to be eleven against eleven fighting for one ball.

"If the field is bad‚ it is bad for both teams and your mentality must be stronger to be able to overcome whatever challenges you face as a team.”

Williams‚ who has continental football experience with United earned in the Caf Confederation Cup‚ urged fans not to be intimidated by the reputation of Ghana’s international stars and the expected hostile crowd.

“On the continent‚ tactics are different to win games and that makes it difficult‚" he said.

"You also have big crowds who will be backing their international stars.

"Some of those international stars play in high quality games every week.

“Sometimes here at home you go to Thohoyandou Stadium and you can see that the guys don’t fancy it‚ but I am always up for the challenge.

"Ghana are taking us to another venue and not in Accra‚ that is going to make it difficult for us.

"We just have to take it as a challenge by going out there to play our normal game and hopefully get a good result.”

Williams added that he is honoured every time he is called up to the senior national team.

“Playing for Bafana was dream for me as a youngster and I am living the dream now‚" he said.

"It is an amazing experience to be with the rest of the boys in camp where we are representing our country.

"On a personal level‚ it is not easy because we are blessed with many good goalkeepers in the country.

“Being here with this group of players is an amazing achievement.

"It took a lot of hard work‚ sacrifices and overcoming many negatives along the way that made me stronger.

"Being criticised is part and parcel of being a professional player and you must be able to deal with it and move on.

"We have all made mistakes before but the most important thing is to learn and be better.”