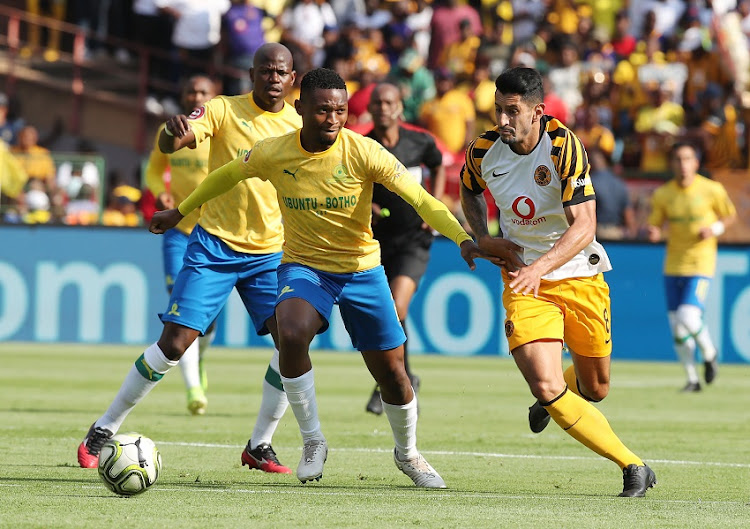 Madisha has caught the eye in his eight Absa Premiership and two Telkom Knockout matches so far where he has formed a solid partnership with Mosa Lebusa in the heart of the Brazilians’ defence.

“He is one of the best centrebacks now together with Lebusa and if he plays like this‚ he will maybe get a call from Bafana‚” said Mosimane about the 24-year-old whose chances have come at the expense of experienced Wayne Arendse.

Though he has been impressed with Motjeka‚ Mosimane has urged the defender to keep his head on the ground and keep on improving‚ stay humble and keep on learning from senior players.

“He must keep playing like this‚ he is quick‚ he is sharp‚ he times his tackles very well and he has done exceptionally well for us over the past few games‚” the coach said.

“I hope he stays humble and he continues doing the job because he is an important defender for us.”

Mosimane was also full of praise for fellow defender Tebogo Langerman who has been one of the consistent performers for the Brazilians over the past number of seasons.

“He is experienced and he has been playing here for long. He knows how we play‚ he fits into our programme very well and he has a good relationship with Hlompho Kekana.

“He knows where and when Hlompho and other players need the ball‚ he is one of the most important players for us. Against Baroka FC‚ he could have done much better because he got a chance in the first half but he chose to kick the ball first time when he was alone.”

Madisha and Langerman are going to vital for Sundowns against Golden Arrows at Sugar Ray Xulu Stadium on Sunday‚ where they will be looking to return to winning ways.

“We are a little bit under pressure in terms of injuries because we have lost Phakamani [Mahlambi]‚ Gaston [Sirino] and Themba [Zwane].

“You have to understand that‚ but injuries are part of the programme and they will come back. We have to move on with the Telkom Knockout‚ Caf Champions League‚ and we are still in the race for the league.”