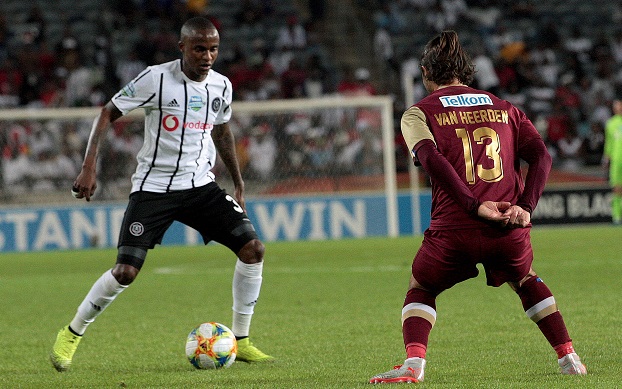 Orlando Pirates star Thembinkosi Lorch has dumped his agent Mickey Paiva after he failed to facilitate a deal for him to move overseas.

Lorch had hoped to secure a switch abroad in the August transfer window following his stellar campaign last season where he won the PSL Footballer of the Season award.

The 26-year-old is now looking for a new representative as he hopes to secure a transfer in the coming window.

"I don't have an agent at the moment because I terminated my contract with Mickey. I am still deciding what to do going forward," Lorch told Sowetan.

There has been confusion about which agent represents Lorch, with many considering Karabo Mathang-Tshabuse as the player's representative.

Pirates coach Mokwena admits some fans losing patience with Lorch: But he will come

He was reluctant to single out an individual player from a solid team performance‚ but Orlando Pirates coach Rulani Mokwena did profess himself ...
Sport
2 years ago

"I am close with Karabo because she is the one who first took me to Pirates.

"She still helps me when I need something and she does so even though I haven't signed a contract with her," Lorch clarified.

When contacted, Paiva asked Sowetan to call him after an hour but did not pick up the phone thereafter.

In his follow-up season after winning the best player award, Lorch has been struggling to find form at club level.

The failed move and the sudden exit of coach Milutin Sredojevic has clearly affected his form this season, something his father Teboho Mokoena has also noticed.

"At the age for 51 I still play football and I can see when a player is not alright. As his father I know his mood was a bit down but I tried to motivate him to continue working hard," Mokoena said.

"I am glad that he is back to his old self now. In the game against Cape Town City and the games that followed I think he did well."

Orlando Pirates made heavy weather of their passage to the last 8 of the Telkom Knockout, missing an avalanche of glaring chances before Thembinkosi ...
Sport
2 years ago

Pirates coach Mokwena: 'I’m one person‚ I try to live on positives'

Orlando Pirates coach Rulani Mokwena was more pleased at a clean sheet‚ and seemingly improved balance in his team‚ than disappointed by a string of ...
Sport
2 years ago
Next Article