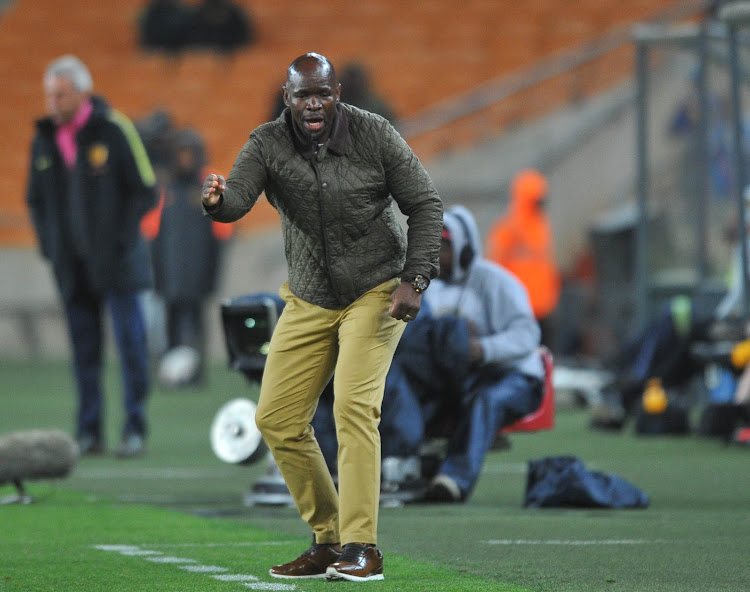 Steve Komphela is not happy with the number of points his Lamontville Golden Arrows has managed to accumulate so far.
Image: Sydney Mahlangu/ BackpagePix

Lamontville Golden Arrows coach Steve Komphela has accepted the challenge of improving his strikers’ lack of sharpness in front of goals after they missed glaring opportunities in their Absa Premiership 2-0 defeat to Kaizer Chiefs on Tuesday night.

The former Chiefs mentor felt his team could have at least shared the spoils with Amakhosi if strikers Knox Mutizwa and Sibusiso Sibeko had put on their scoring boot.

Arrows’ defeat to Chiefs had Komphela worried as it stretched their winless run to five matches‚ with the last of their two victories in eight matches coming towards the end of August at home against bottom club Chippa United.

“I think scoring goals is an individual task‚” explained Komphela when asked of the poor finishing by his charges.

“You can develop and create and all that‚ but at the end of the day it needs one foot to put the ball in the net‚ which is what I thought we lacked even (against Chiefs).

“There’s a ball that (Danny) Phiri shot at the goalkeeper and (Daniel) Akpeyi made a save as it bounced off him. He (Mutizwa) was supposed to have tapped the ball in but then he opted for the most difficult. “But it happens and it didn’t happen only (in the match against Chiefs).

“Maybe we still need to go back and work on our finishing. And finishing is not only technical or tactical. Finishing is also emotional.”

The Arrows coach accepted the challenge of improving his players’ agile in and around the box‚ saying that’s the only element that let them down against the table-topping Chiefs.

“Sometimes you need an element of composure in there‚ maybe some homework for us to go and work on.

“But in terms of our game we’re happy with how we play. Do we create enough openings? Yes we do.

“Do we exploits spaces? Yes we do. Do we use the ball properly? Yes. We cover the whole field‚ central‚ wide‚ yes. Do we get behind the defence? Yes we do.

“The only thing is to work in and around the box to take those chances. Maybe this is some nice homework for us.”

Sharpening the attack will indeed help Arrows because their next league game at home against Polokwane City on October 26 will not be an easy one.

Komphela should find solace in the fact that he has more than three weeks to fine-tune his marksmen before the clubs next league game.