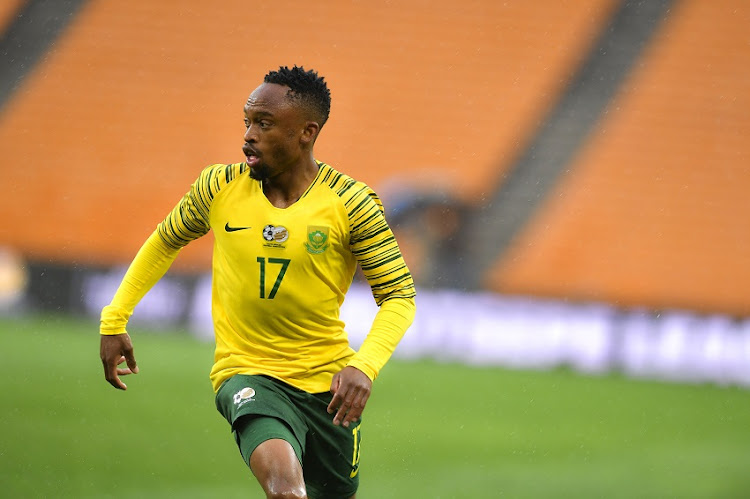 Guingamp midfielder Lebogang Phiri believes a more modern player is emerging from South Africa‚ players who are ready to make an impact in Europe again.

For the past decade too many flops who were exported from South Africa did not make it in European football.

Some had discipline issues and many did not seem to have the stomach to grit it out in a foreign culture‚ cold‚ and physical football‚ and returned home to the comfort of the Premier Soccer League too quickly.

Phiri earned rave reviews for Guingamp in his two seasons in Ligue 1‚ but in 2018-19 could not help save them from relegation to Ligue 2.

The Bafana Bafana international sees the emergence of more South Africans willing to leave home before or around 20 to brave it in Europe as a positive sign.

The Bidvest Wits youth product also believes the standard of coaching many of these players have had at clubs with strong development programmes‚ or academies‚ sees them adapt better from that young age.

“I think‚ personally‚ our country‚ we’ve evolved in terms of our football‚” Phiri said.

“And we have players who are very tactical – technicians as well.

“But now with us evolving in our football there is more intelligence in our play. So that’s why you get a lot of players moving abroad.

“Not just France – you get players in Portugal‚ players in England as well. With the small physical stature but they’re doing their best there.”

Four South Africans have been making an impact in France‚ all of them academy products.

Lebogang Mothiba‚ who had a good scoring season for Strasbourg in 2018-19‚ came through Diambars Academy in Johannesburg. Bongani Zungu‚ a star at Amiens SC‚ emerged from the Pretoria University FC academy.

A generation of such youngsters – Kobamelo Kodisang‚ Luther Singh‚ Lyle Foster‚ Tashreeq Matthews‚ Gift Links‚ and even younger players too – are currently emerging in Portugal‚ Belgium and Scandinavia.

Phiri – now 24‚ and who left SA at 18 to join Brondby IF in Sweden – believes these teens have the hunger to stick in tough conditions‚ leaving the comfort of home early to learn on football’s toughest stage in Europe.

“Because we can see in the world of football there are 16-year-olds being fielded in big games – Paris St-Germain‚ Barcelona and Manchester City.

“And I think age is no longer a factor for you to get to the highest level. So we’re taking so many risks.

“I mean playing abroad does come with so many risks‚ and there are all these difficulties that you face.

“And I think we have that within ourselves‚ we have that inner beast‚ to say we want to go out there play among the best‚ and be the best as well.”

Phiri was called up for Bafana’s friendly to have been played this past Saturday‚ but which was cancelled as Zambia then Madagascar pulled out in response to the current xenophobic violence in South Africa.