On the hunt for a new Bafana Bafana coach 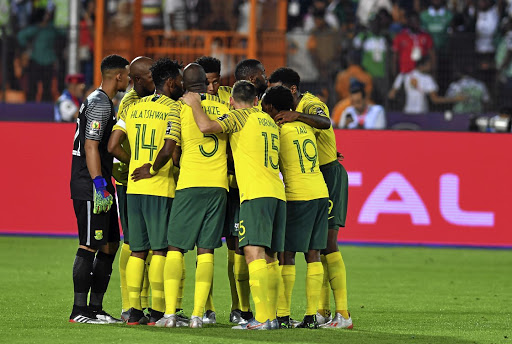 Bafana Bafana are without a coach since Stuart Baxter resigned after returning from Afcon in Egypt. /Ahmed Hasan/Gallo Images

South African Football Association (Safa) are in a race against time behind the scenes to appoint a new Bafana Bafana coach, with late September the deadline set for the new boss to be named.

Molefi Ntseki is set to be in charge of the national team for the friendly coming in the next international window between September 1 and 10. Safa are still trying to finalise an opponent in the background.

Thereafter, it is expected that the new mentor will be in charge for the friendly in October. After the two friendlies, Bafana will play Ghana and Sudan in November in back-to-back qualifying games for the 2021 Africa Cup of Nations (Afcon).

Safa acting chief executive Russell Paul explained that the hunt for a new coach will be concluded soon. "Yes, we are trying to get a coach appointed before the second friendly in October," Paul said.

"Molefi will be in charge of the first friendly."

When pushed for comment on who the opponents will be, Paul said: "I cannot [divulge] until it is concluded."

The football body is scrambling to find a new mentor after Stuart Baxter abruptly resigned earlier this month.

His divorce with Safa was less than amicable and the beef was further intensified when his Africa Cup of Nations (Afcon) report was leaked to the media.

It is likely that the new boss will be a local coach as financial demands of a top foreigner could further put pressure on their already distressed finances. With a local coach set to take charge of the team, Safa will need to move swiftly to begin the necessary negotiations with their employers.

It is understood that Pitso Mosimane (Mamelodi Sundowns), Benni McCarthy (Cape Town City), Gavin Hunt (Bidvest Wits) and Steve Komphela (Golden Arrows) are the frontrunners for the job. Safa will have to convince their employers to release the tacticians from their contracts.

Former Bafana coach Baxter may head back to PSL

Clubs have been asking about him.
Sport
2 years ago

Ex-Bafana Bafana coach Stuart Baxter has confirmed he has had interest from top Romanian club Steaua Bucharest.
Sport
2 years ago
Next Article