Away goal lifeline for Sundowns 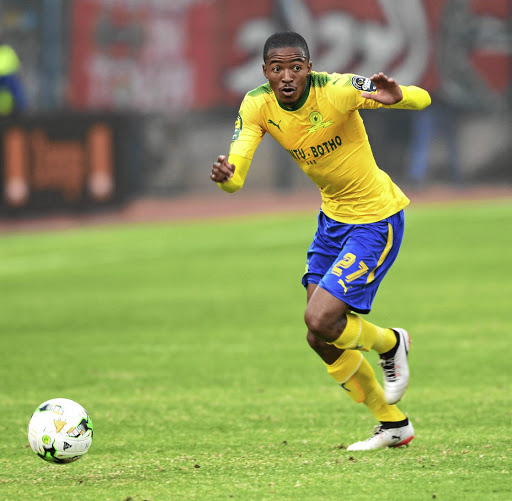 Thapelo Morena's goal for Mamelodi Sundowns in their 2-1 defeat to Otoho d'Oyo yesterday could be crucial as they look to progress in the CAF Champions League.

Sundowns were 2-0 down at halftime in this first leg preliminary round clash and without the away goal at Stade Omnisport Marien in Congo-Brazzaville, it could have made life very difficult for Pitso Mosimane's charges in the return leg in two weeks' time.

But Morena gave the Tshwane outfit a real fighting chance in this tie. He scored from 25 yards with an unstoppable shot.

Otoho d'Oyo were on the scoresheet as early as the 10th minute from the penalty spot and Sundowns were two goals down 16 minutes later. Morena, however, got the important goal in the 76th minute.

Downs will be pleased that they got the goal despite playing with 10 men after captain Hlompho Kekana was sent off five minutes before the break.

TS Galaxy, meanwhile, have continued their habit of making history after winning their first match in continental football. The Rockets beat St Louis 1-0 in the first leg of the CAF Confederation Cup preliminary round at Mbombela Stadium in Nelspruit yesterday. Defender Sizwe Mdlinzo grabbed the first-half goal.