Keagan Dolly ruled out of Afcon 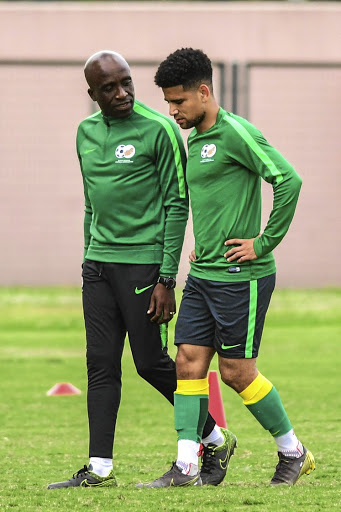 Bafana Bafana coach Stuart Baxter is pondering whether to call up a replacement for Keagan Dolly after the midfielder was ruled out of the Africa Cup of Nations (Afcon).

Dolly had been struggling with a groin injury but it was hoped that it would heal if managed correctly.

Unfortunately, the injury was aggravated while training with the team on duty at the Cosafa Cup in Durban.

Yesterday, the 26-year-old underwent some tests that confirmed that he will be sidelined for at least a month.

"The technical team will make a call on a replacement but Keagan is definitely out. He is an important player but we can't risk it and make his injury worse," an insider told Sowetan.

Baxter stopped short of ruling Dolly out but confirmed that a decision will be made soon.

"In the first training he felt it and it hasn't got better. What we don't want is to land in Egypt and suddenly we are missing a player, so we will deal with it now," he said.

This possibly opens the door for overlooked attackers including Vincent Pule, Aubrey Modiba or Thapelo Morena.

With three weeks to go before the Afcon in Egypt, the team face uncertainty in their preparations for the tournament.

The players and the technical team remain in the dark about whether they will play any friendly game before facing Ivory Coast in their opening Group D match on June 24.

That is not the only setback as the passports of Crystal Palace defender Nokolas Tavares and FC Zurich defender Joel Untersee are yet to be sorted out.

Baxter confirmed that it is unlikely the European-based duo will take part in the training camp.

"Those [Tavares and Untersee] for the moment are out of the question. We were led to believe it could go quicker than it actually can," he said.

Bafana Bafana coach Stuart Baxter is not too worried by the performance of the South African squad that crashed out of the Cosafa Cup at the weekend.
Sport
2 years ago

Teboho Mokoena playing for a place at Afcon at Cosafa

Teboho Mokoena says he still holds out hope of winning a place in Stuart Baxter’s squad for the Africa Cup of Nations finals in Egypt – if he can ...
Sport
2 years ago
Next Article