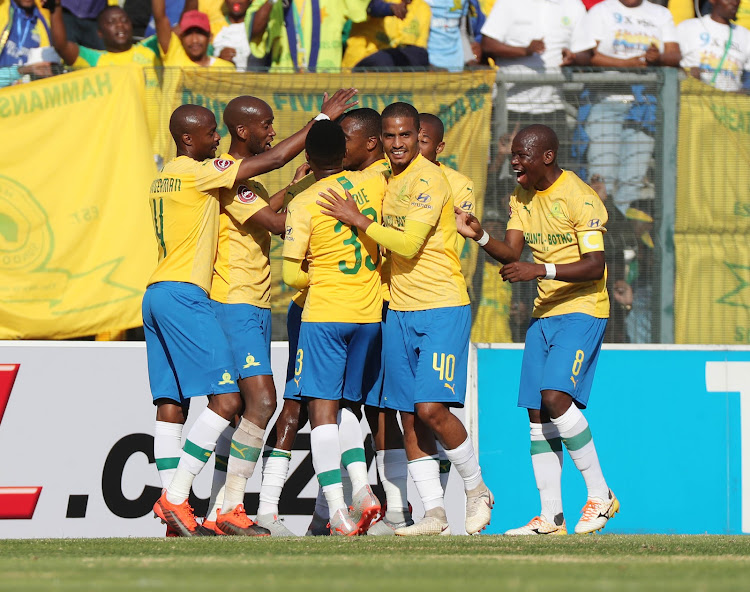 Champions Mamelodi Sundowns got their new Absa Premiership campaign off to the perfect start with a 2-0 victory over cross-town rivals SuperSport United in a competent display that suggests they are going to be hard to topple.

Sibusiso Vilakazi had them ahead in the 24th minute and Themba Zwane made sure of the points with a smart last minute finish.

It was just what coach Pitso Mosimane was looking for, who suggested there were still too many passes and not enough shots and that there is better to come.

It means now Sundowns have lost only once in their last 16 Tshwane derbies against SuperSport and continue to dominate the fixture.

SuperSport looked the brighter of the two sides throughout the opening 20 minutes although during that time Ronwen Williams twice had to make telling saves.

First he came off his line quickly to thwart Zwane, who got in behind the defence, and then made a diving save to push Hlompho Kekana’s shot onto the underside of the bar and out to safety.

SuperSport might have scored as early as the second minute as Evans Rusike missed a routine header, but they were on the front foot throughout, right until Vilakazi smashed a left footed effort goal-wards after being teed up by Thapelo Morena and the ball bounced in off the bottom of the bar.

Linesman Kamohelo Ramutsindela did well to signal a goal as the television replays proved afterwards.

Bradley Grobler could have equalised just four minutes later, but Dennis Onyango did well to save a stinging shot.

But it was Williams who was far the busier as Sundowns began to find their rhythm, cheered on an impressive crowd estimated at around 15,000.

Williams also had to deal with a stinging shot from Kekana at the start of the second half.

SuperSport had a chance for Grobler and later Dean Furman but both times Onyango saved.

As SuperSport continued to push for an equaliser, they were caught on the counter with Morena again the provider – and Zwane finishing with aplomb.