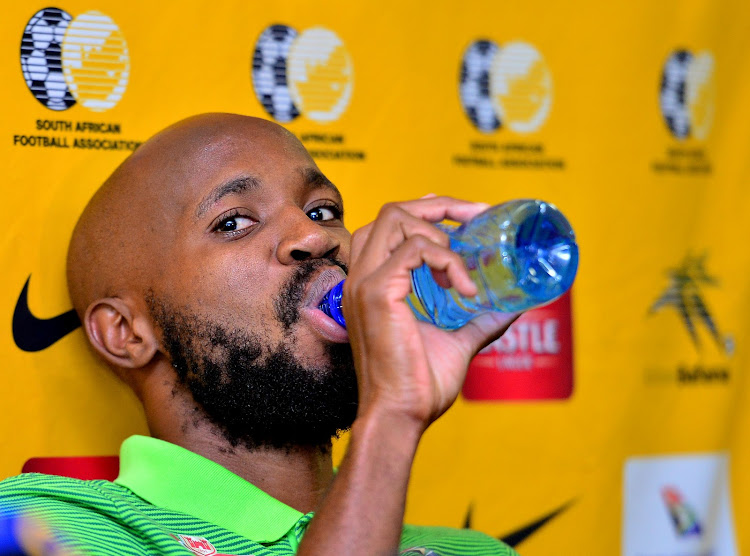 And oh boy, he did pull off a few surprises and shocking a number of football followers, but turning himself to be the subject of criticism for some of the players he included in the interim squad.

As things stand, Baxter is set to trim down the 28-man squad to 23 players. The final squad has to be sent to the Confederation of African Football (CAF) by June 11.

Typical of the English coach, Baxter justified almost every player's selection giving reasons why he chose them, but he was not sparred the tongue lashing in the process, justifiably so.

I ask myself why must the coach select a player who is not on form at his club, keep their hopes of making the final cut high, then drop them?

There is a huge outcry and many Bafana followers are unimpressed about the inclusion of Kaizer Chiefs trio, defender Ramahlwe Mphahlele, who has been out of form throughout the season and Daniel Cardoso, who has cost Chiefs dearly with his silly defensive mistakes as well as Bruce Bvuma, a keeper who has been used sparingly and is not even the No 1 at his club.

Baxter justified the inclusion of Mphahlale by saying that his experience could be crucial, but Morena is equally experienced and Cardoso got the nod based on his "steely character".

I'm baffled as to what that means. We have so many formidable and bully defenders, who can do the job much more cleaner than the leaky sieve that Cardoso is.

Morena is a versatile player, a complete utility player. His coach Pitso Mosimane at Downs can play him as a defender and the next he is a striker and does it with ease.

Mind you, Chiefs have not won a trophy in the past four seasons and finished ninth on the PSL log, losing a place in the top eight and a spot in the MTN8.

So mediocre was the team this past season, not only do they not deserve to have a player in the Afcon squad but also in the lowly sub-continent Cosafa Cup competition.

Some believe Baxter's son and Amakhosi goalkeeper coach Lee Baxter had a hand in picking the trio for Bafana.

Another unlucky player is Vincent Pule, the winner of the Absa-lutely Awesome Goal of the Season at the PSL Awards. Pule is comfortable playing as a right winger and can score as well. He finished the season with eight goals to his credit.

From the overseas-based contingent, one of the most glaring omissions was that of France-based Lebogang Phiri, who has been performing well for his club Guingamp.

This is a serious indictment on our football, because merit selection has been thrown out of the window.

I should believe Baxter is an astute manager, as they call them in England, to know that players should be picked on current form.

So, in a nutshell, let's hope Baxter reverses some of his silly and erratic pickings, leading to the announcement of the final squad.

- South Africa have been drawn in Group D with Morocco, Ivory Coast and Namibia.