Morena will not be ruled by tragedy 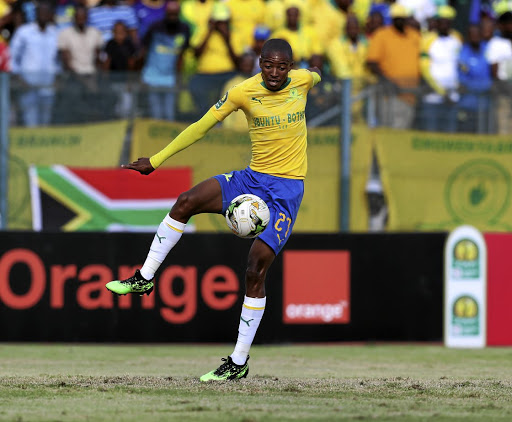 Should Mamelodi Sundowns winger Thapelo Morena write an autobiography someday, one of the central themes of the book will be about the tragedy he has endured during his playing days.

In the early days of his career, when Morena first became a professional footballer, he suffered a big loss after his mother died in 2007.

Now in his prime, the affable footballer also lost his father James, who died in February.

"I was very close with my father and he supported me in my career. It's because of him and my mother that I became a professional footballer," Morena said. "I know he wouldn't want me to look down and crumble after his death."

The Randfontein-born midfielder has two brothers and two sisters. He admits that he has had to play a more senior role in the family.

"I have grown to see things differently. There are a lot of people looking up to me," he said. "After the passing of my father I had to take on a different role in my family and in life generally."

The 26-year-old dedicated the recent Absa Premiership title Sundowns won to his dad.

The Pretoria club are eyeing their 10th league title in the current campaign. They are also chasing a second star that comes with winning the CAF Champions League crown.

Mamelodi Sundowns defender Thapelo Morena has shrugged off his recent Bafana Bafana snub and is preferring to look forward to the coming premiership ...
Sport
2 years ago

"Sundowns are an ambitious club and of course every tournament we play we are in it to win.

"Winning becomes a habit and the more you do it, the more you want it. Once again, we are determined to collect silverware in the new season."

The 2016 African champions will take on Congolese club Otoho d'Oyo FC in a preliminary round, first-leg tie in Congo-Brazzaville today at 3.30pm.

"As a team we look forward to these CAF games because they will make sure that we are well-tested in the latter stages of the competition.

"I think we have analysed our opponents well enough to help us do well away in Congo."