Bongani Zungu touted as the key man in France 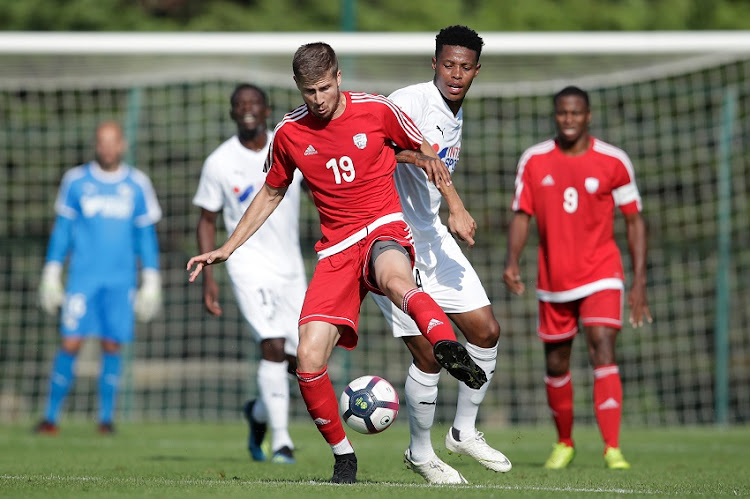 Bongani Zungu is being touted as the key man for his French club Amiens as the new Ligue 1 season prepares to kick off at the weekend.

The Bafana Bafana midfielder‚ fresh from a commanding performance at the Africa Cup of Nations in Egypt‚ spent much of last season out with injury and is being hailed almost as a new signing.

"He’s like a fresh player‚" said John Williams‚ the club’s director of football.

"He will be a real bonus in the middle of the pitch. He is an essential player for our club.”

The French sports daily L’Equipe tips Zungu as the player to watch as far as Amiens are concerned this season in another endorsement of the 26-year-old ex-Mamelodi Sundowns and AmaTuks midfielder‚ who hails from Duduza.

Zungu had a promising first season in the French league when he signed from Vitoria Guimaraes in Portugal in September 2017.

But last September he suffered a rupture of the anterior cruciate ligament of the right knee‚ and missed most of the season‚ returning only for a handful of games near the end of the campaign.

It meant he was fresh for the Africa Cup of Nations where he ran the midfield and scored two of Bafana Bafana’s three goals at the tournament.

Amiens have a youthful coach from Slovenia in charge.

Ironically the 37-year-old Luka Elsner was at Union St Gilloise in Belgium last season where Percy Tau was his key player.

Amiens start their season away at Patrick Vieria’s Nice on Saturday night.