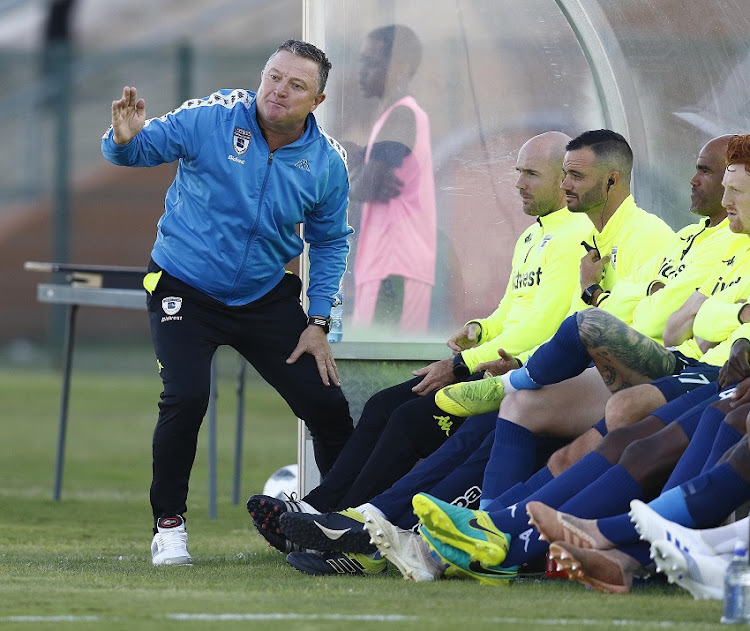 Wits will once again be considered as one of the title favourites and will resume their rivalry with fellow challengers Mamelodi Sundowns‚ Orlando Pirates‚ Cape Town City and Kaizer Chiefs.

What do the Clever Boys have in store for the nation's soccer lovers in the coming season? Prospects:

There has been a change of leadership over the last two years at Bidvest following the departure of the company’s founder and billionaire Brian Joffe.

Budgets have been slashed after Joffe's departure as the new bosses do not possess the same deep pockets for the club that the billionaire had.

Wits have had to tighten their belt and the club have been rocked in recent weeks by the retrenchment of key office personnel plus coaches‚ including head of youth Glen Salmon.

It has cast a pale over the club as they ready for the new season but with Gavin Hunt in charge‚ the side always have to be considered among the contenders. Personnel:

Players like Daylon Claasen‚ Edwin Gyimah‚ Darren Keet‚ Vuyo Mere‚ Bantu Mzwakali and Denis Weidlich were released but Wits have made some promising signings as they look to again challenge for the title.

Brandon Petersen will start in goal ahead of Ricardo Goss while Phathutshedzo Nange‚ from Black Leoprads‚ has the potential to become an influential midfielder in the mould of Bongani Zungu.

Carl Lark‚ once at Santos‚ has been handed a fairytale return to the professional game after Hunt spotted him in an amateur game in Cape Town recently and is set to be in the attack along with Scotsman Simon Murray‚ who was supposed to be headed to Belgium but is staying for a second season. Playing style:

Wits are too often unfairly brushed with a throwaway line about being a club that plays the ‘long ball’ game.

It is repeated by those who have little knowledge about the game and with a racial slant.

Hunt‚ in fact‚ can play a myriad of different ways and often does‚ changing his formation two or three times in a game.

He is one of the few coaches who likes to play ‘horses for courses’‚ selecting his team to counter the strengths of the opponent or exploit their weaknesses.

That way he rarely keeps the same line-up‚ even when they were winning‚ and everyone guessing‚ sometimes even himself. Programme:

For the last three seasons‚ Wits’ bogey side has been AmaZulu as they have repeatedly lost away in Durban to Usuthu.

Now they start the new league season against them at the King Zwelithini Stadium on Saturday night‚ followed by matches against Baroka‚ Polokwane City and Stellenbosch that will allow Wits a chance to be among the early frontrunners.

The first real test of their potential prowess will come against SuperSport United in the MTN8 and Orlando Pirates in the league in mid-September.