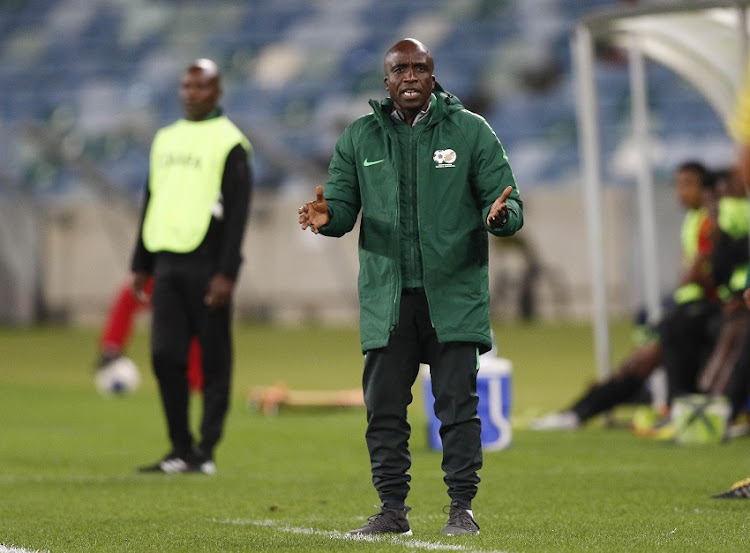 South Africa head into their African Nations Championship (Chan) qualifier against Lesotho in Maseru on Sunday with a hastily-assembled squad and having had just a few days to prepare.

This hands coach David Notoane something of a poisoned chalice as he looks to advance the Chan team‚ known by their nickname‚ Amabinneplaas‚ to the next stage.

Notoane‚ usually the national Under-23 coach‚ was hoping to use this tie as further preparation for their Africa Under-23 Championships qualifier against Zimbabwe in early September.

But he will have little opportunity to do that as his original squad selection was decimated by withdrawals.

The timing of the tie could hardly be worse‚ with most Premier Soccer League and National First Division clubs deep into their preseason and reluctant to release players‚ even if it is for official national team caps at senior level.

And you can see their point‚ with the second leg in South Africa on August 4‚ the same weekend the Absa Premiership gets underway.

So there are no players who would be considered regulars with their top-flight clubs this season‚ though some such as defenders Tercious Malepe and Nyiko Mobbie‚ and midfielders Kamohelo Mahlatsi and Siboniso Conco‚ do have PSL experience.

The rest have spent much of their young careers in the NFD or‚ in the case of the only two nominated forwards‚ Pretoria Callies’s Thabo Moloi and Alushuvhiwi Marubini‚ now campaign in the ABC Motsepe League.

With no disrespect meant‚ the fact that players at this level will become fully fledged Bafana Bafana internationals alongside the stars and greats of the last almost three decades‚ cheapens the jersey and is one of the symptoms of the team’s decline in the last 15 years. It should not be this easy to become an international footballer.

All Notoane can do is prepare the side as best he can‚ with his aim to qualify the team for the Chan finals in January‚ and then take as many Under-23 players as possible to Ethiopia. Though‚ with a heavy domestic schedule that month‚ that also seems a fanciful wish.

It would be a major achievement for South Africa to advance past this current qualification stage given their squad and the quality of a Lesotho side who have reached the semifinals of the Cosafa Cup in the last three years and are certainly a team on the rise.

Lesotho have lost striker Sera Motabang after he signed for Bloemfontein Celtic‚ ruling him out of the competition that is for locally-based players only.

“We saw the performance of Lesotho at the Cosafa Cup and they are a very experienced team‚ with very much a locally-based squad of players‚” Notoane told TimesLIVE.

“From our side‚ I ideally wanted a complement of locally-based U-23 players‚ but with clubs at various points in their preseason preparations it has been a challenge to get their release.

“It is about building momentum with the U-23 team‚ but also respecting the clubs with the new season kicking off in two weeks.”

Notoane also took the clubs into account when he opted for a shorter camp ahead of the away leg‚ which started on Wednesday‚ before having the whole week to prepare with the team for the second game.

“Camp usually starts on the Sunday‚ but with teams travelling in preseason I thought we would make it a three-day so as not to destabilise them.

“From there we will have the whole week together ahead of the second leg.”

If South Africa do make it past Lesotho‚ they will face the winner of the tie between Mauritius and Zimbabwe in the final stage of qualifying.