David Notoane to scout for new talent at university football 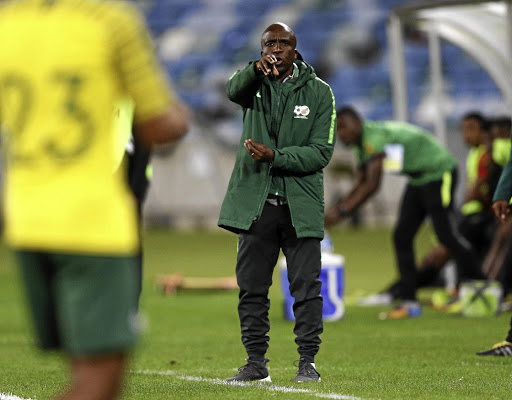 SA under-23 coach David Notoane is casting his net wide in search of talented players to help the country qualify for next year's Olympics.

Notoane has promised that even less-fancied tournaments such as Varsity Football won't be overlooked in the bid to secure a berth at the Tokyo Olympics next year.

"In line with Safa's vision 2022, the competition framework is one of the pillars, clearly speaks about tournaments like Varsity Football," Notoane said at the Varsity Football media launch at University of Johannesburg's (UJ) Soweto campus yesterday.

"You can never underestimate Varsity Cup as an avenue to source talent. In tournaments like this, you might find that one player missing from your puzzle as a coach."

South Africa will have national Under-23 coach David Notoane in charge for their African Nations Championship qualifier against Lesotho in under two ...
Sport
2 years ago

Notoane also addressed talks that he'll be at the helm of Bafana Bafana's B side for their African Nations Championship (Chan) qualifier against Lesotho. The first leg is scheduled for July 28 away and the return fixture is in SA the following Friday.

"There's talks around that, there's nothing concrete at this point. As you are aware that it's a Bafana programme, the discussions are going very well," the U-23 mentor, who doubles up as Mamelodi Sundowns reserves coach, stated.

"Of course we are prepared to play Chan games, especially coming from Cosafa Cup. It'll be great to get as many competitive games going forward."

Varsity Football's men's tournament kicks off next Thursday, while the women's contest start on August 19.

Varsity Football has produced a number of players in the Premier Soccer League, with Baroka defender Vusi Sibiya the latest success story of the tournament.

Should Bafana Bafana players suffer any injuries in camp, the technical team will use the pool of players who took part in the Cosafa Cup as backup.
Sport
2 years ago

There were plenty of positive signs for coach David Notoane as South Africa claimed the plate competition at the Cosafa Cup for the third time in a ...
Sport
2 years ago
Next Article