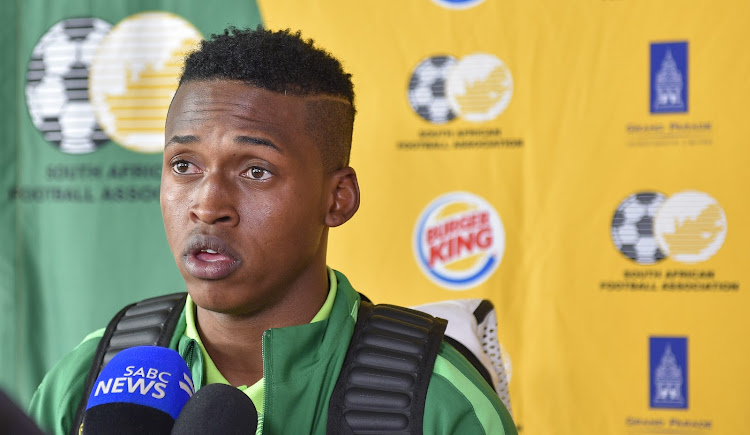 Luther Singh during the South African u20 Mens National Team departure at OR Tambo International Airport on May 10, 2017 in Johannesburg, South Africa.
Image: Christiaan Kotze/Gallo Images

Not too much has changed for the South African side competing at the COSAFA Cup in Durban as they head in to Tuesday’s Plate semifinal with Uganda at the Princess Magogo Stadium.

They have dropped out of the main Cup competition for the fourth time in five years‚ but the pre-tournament ambition of developing the squad for the African Under-23 Championship qualifier with Zimbabwe in September remains.

As does the bid by a few of the players to be considered for Stuart Baxter’s main Africa Cup of Nations squad‚ as the senior national team head coach has hinted he will take one or two players from this group to Egypt for the “experience”.

It is hard to know who is in his thinking‚ but players such as midfielder Teboho Mokoena and forward Luther Singh are likely head of the queue.

David Notoane‚ who is leading the largely Under-23 squad at the COSAFA Cup‚ has backed the quality of Singh‚ but admits that for him and many of the team it is a tough job to force a way into the Afcon squad.

“Luther is a very talented young boy‚ we know what he is capable of‚” Notoane says.

“Highly dynamic player‚ very strong on one-versus-one situations. He has got a very good shooting technique.

“In terms of Afcon‚ from a tactical point of view and maturity‚ it depends on who he is competing with. There is Percy Tau‚ Mshishi [Themba] Zwane … if [Vincent] Pule is out … I’m not sure.

“Hence these [COSAFA Cup] games are very important and it is why coach Stuart gave us the opportunity to take these players into COSAFA.

"He was with us in training in order for him to get a feel of where they are and what he wants to do.”

Notoane says they will give feedback to Baxter on the performance of the Under-23 players in Durban‚ and it is then up to him to make a call on who he might like to take to Egypt.

“It is his choice‚ we will give it a report. But it is his choice over who he might take for the experience and I said from the beginning we had to be careful not to create high expectations on these boys.

“They are aware that those that coach Stuart will take for his project [to Egypt]‚ it will be more for the experience.”

Notoane has hinted he will make changes for Tuesday’s clash with Uganda as he looks to give his full squad a run in what could be their final fixture.

Defeat will see the side exit the Plate competition‚ while a victory will see them advance to the Plate final on Friday against either Comoros or Malawi‚ giving them another chance to stake a claim for an Afcon place.