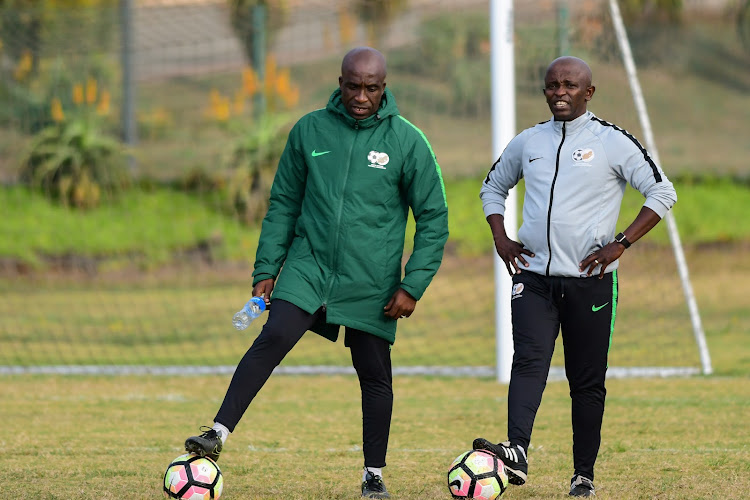 South Africa will go in hunt of the Cosafa Cup plate trophy when they face Malawi in the final at the Moses Mabhida Stadium on Friday night.

Perhaps more importantly‚ though‚ they will have given coach David Notoane another chance to assess his team – a shadow SA Under-23 combination – ahead of their Africa U-23 Championship qualifier against Zimbabwe in September.

A penalty shootout defeat to Botswana last Sunday was followed by a victory via spot-kicks in the plate semifinals on Tuesday.

That set up a meeting against the Flames‚ who have the likes of Gabadinho Mhango‚ Gerald Phiri Jnr and new Baroka FC striker Richard Mbulu in fine form.

Notoane will be without left-back Bongani Sam‚ but otherwise has a full squad to choose from and is likely to recall the likes of Kaizer Chiefs right-back Reeve Frosler and Denmark-based forward Liam Jordan.

“We lost Bongani Sam with a hamstring. It’s a Grade 2 – sad for the boy‚” Notoane said.

“I was happy to have him in because we wanted to have a look at him. This would have afforded him another opportunity to get 90 minutes at left-back.

“We could have then made an informed decision going forward about what variation it brings in.

“It’s disappointing that we will probably come out of this Cosafa Cup with a left-back position still to fill in terms of quality depth and cover. But that is our homework.”

Notoane said that while lifting the plate trophy is a definite objective of the side‚ game time for players and tactical fine-tuning are the chief objective on Friday‚ while at the same time being mindful that many have had little break and have preseason around the corner.

“It is a final‚ we want to win it for national pride. But at the same time‚ we have to find the right balance to win and also preserve the players going forward [ahead of their club preseason].

“We will consider changes to freshen the team‚ we are playing a physical Malawi and it is a heavy field at Moses Mabhida – that will determine the final selection.

“The first objective is to win‚ that is natural‚ to come out of this tournament with something to reflect on. If we don’t we will be disappointed.

“Having said that‚ at least we will have got the three games we were looking for coming into the tournament.

“The positive will be that we will have given almost everyone a run. We are looking to start [Keletso] Makgalwa to see where he is. It means he will get an assessment – for any player getting a run‚ whether it is 10 or 15 minutes‚ means we are assessing them.”

Notoane says success will be lifting the plate trophy‚ but also the time he has managed to spend with the squad.

“I hope we can come out at the end having ticked all the boxes – to have had everyone play and to have won the plate section‚ then we can say we had a successful Cosafa Cup tournament from our perspective.

“Of course‚ I am not in control of other views and opinion out there‚ but from our internal perspective we would have achieved the objective we came here for.”