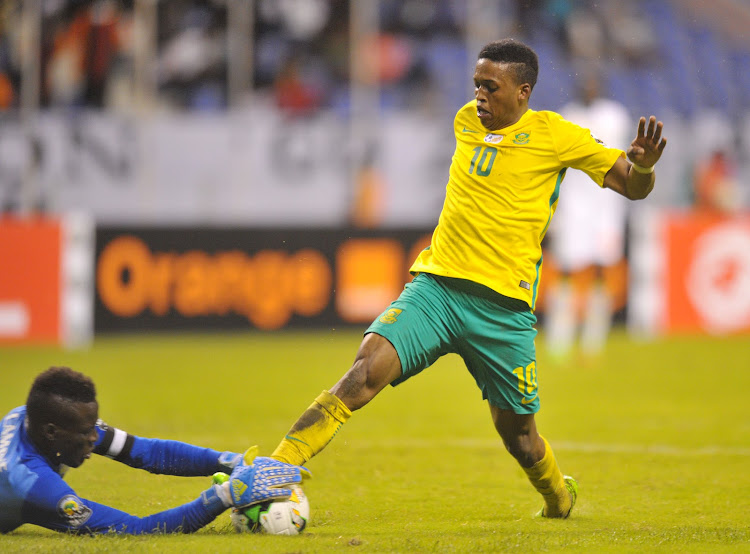 That does not mean‚ however‚ Singh will necessarily have done enough to force his way into Baxter’s reckoning when he names his final 23-man squad on Sunday for the Africa Cup of Nations (Afcon)‚ the coach indicated.

Singh is one of the players to have stood out as part of coach David Notoane’s shadow Under-23 team representing South Africa presently at the Cosafa Cup in Durban‚ scoring two goals in two games.

Baxter said he had noticed the clear benefits Singh has had to his game since a loan move from Sporting Braga to Chaves in Portugal’s Primeira Liga.

“Luther has matured. There are a few players who I had in the last Cosafa‚ and seeing them now they have matured‚” Baxter said‚ speaking ahead of a training session for the 27-man “senior” Bafana preliminary Afcon squad camping in Johannesburg.

“They have moved forward. Luther is one of them. Liam Jordan is another. And if you look at Teboho Mokoena he’s maturing nicely.

“You see there are a few players who have matured‚ which they should do because they’ve been playing at a decent level.”

Singh (21)‚ who had to play reserve league football at Braga‚ has played all but one game in the second half of the season for Chaves since his move in January‚ scoring two goals in 15 matches.

At the Cosafa he scored as South Africa took a 2-0 lead against Botswana in the quarterfinals‚ but then allowed the Zebras to fight back to 2-2‚ the home team then losing on penalties.

Singh scored again against Uganda in a 1-1 normal time draw in the plate semifinals‚ SA going on to win 4-2 on penalties.

Baxter‚ though‚ indicated that it would be tough for any of the players at the Cosafa Cup to force their way into the final Afcon squad.

“I’m watching everything that happens. I’m speaking to David. And we’ll see what happens here‚” the coach said.

“What’s most likely is that if an opening comes here – let’s say ‘Kamo’ [Kamohelo Mokotjo] doesn’t make it [from injury] – and I’d think‚ ‘Actually this player has been doing very nicely’.

“Then I’d think let’s bring that player in. But because the squad is only 23‚ there are limited opportunities.

“I can’t say‚ ‘We’ll bring in half the Cosafa squad’‚ because that would be wrong.”

Bafana kick off their Nations Cup against Ivory Coast in Cairo on Monday June 24.