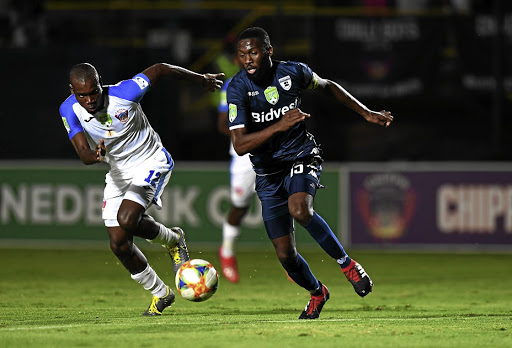 Bidvest Wits' Bafana Bafana players will not get much rest as they are expected back at training next week.

Thulani Hlatshwayo, Buhle Mkhwanazi and Sifiso Hlanti formed a third of the backline for Bafana at the Africa Cup of Nations (Afcon).

The trio will only have a week off after playing in all of Bafana's five games at the tournament, where Bafana made it to the last eight.

Coach Gavin Hunt expects them to report for duty in the coming week.

Bafana Bafana received a rousing‚ hearty but ultimately undeservingly warm reception at OR Tambo International Airport when they returned  from their ...
Sport
1 year ago

Hunt continued: "I think they did well in defence for the national team at Afcon. We have a new season to look forward to and, of course, they are important players for us."

The university club will be looking to do better in the new Absa Premiership season after their title challenge fell away in the latter stages last season.

Wits were top of the table for a long time but a dip in form saw them beaten to the title by Mamelodi Sundowns.

The Brazilians, on the other hand, had five players - Hlompho Kekana, Tiyani Mabunda, Lebo Maboe, Sibusiso Vilakazi and Themba Zwane - on duty in Egypt for SA.

However, Downs have given the players a few weeks off and they are expected back at the end of the month, meaning they will probably miss the August 3 Tshwane derby against SuperSport United.

The Downs players had a taxing season where they won the Absa Premiership, reached the CAF Champions League semifinal and featured in the Afcon.

Afcon moment of truth: Key battles to watch in Bafana vs Nigeria showdown

Bafana Bafana should be oozing confidence as they prepare to face Nigeria in their Africa Cup of Nations quarterfinal at the Cairo International ...
Sport
1 year ago

When Bafana Bafana needed a performer with European-based pedigree and class to stand up to the threat of Egypt's Mohamed Salah and Trézéguet‚ ...
Sport
1 year ago
Next Article