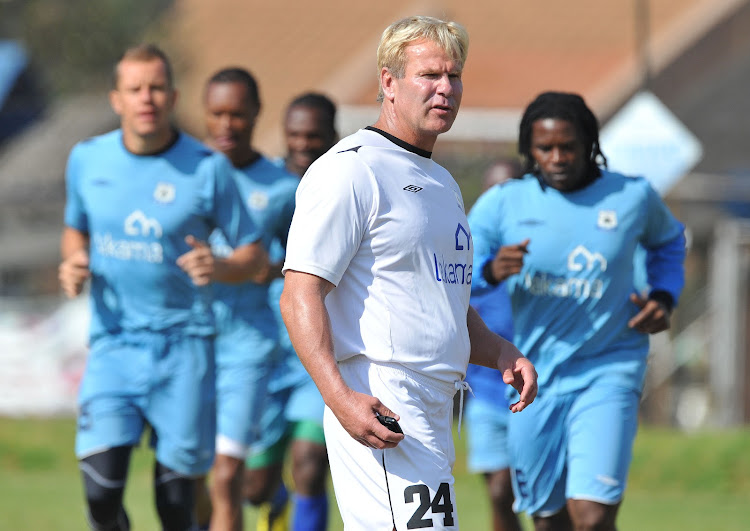 Former Bafana Bafana striker George Dearnaley remembers Marc Batchelor as “feisty and competitive”‚ and a smart operator in the business of football.

The ex-Kaizer Chiefs and Orlando Pirates forward Batchelor was killed in what appears to be an assassination in Johannesburg on Monday night.

He enjoyed a stellar club career‚ featuring also for Moroka Swallows‚ Mamelodi Sundowns‚ SuperSport United and BidVest Wits‚ his highlight no doubt lifting the CAF Champions Cup with The Buccaneers in 1995.

But he also scored in the Soweto Derby for both Chiefs and Pirates‚ and crossed paths many times on the pitch with Dearnaley after the duo had been teammates in provincial junior football in what is now Gauteng.

“He was feisty‚ competitive and worked hard for his team‚” Dearnaley tells SowetanLIVE.

“He fought for everything and tried to turn every duel into a physical battle.

“I had to pick him up at set-pieces when I played against him and he would be full of verbal attacks too‚ ‘I’m going to score George‚ I’m going to embarrass you‚ you’ve got no chance’.

'But he never did! He was a heart-on-his-sleeve type of player.”

Batchelor also played for Dynamos as well in a career that was not quite ‘journeyman’‚ but took in seven clubs in a fairly short space of time.

Dearnaley remembers him as shrewd in the transfer market‚ and a player who understood his worth and what teams would be prepared to do to capture his signature.

“He was one of the few to work out how to make money off the transfer market‚” Dearnaley says.

“I used to chirp to him that he had more clubs than [South African golf legend] Gary Player‚ and he would reply‚ ‘and they all paid me to sign!’.”

But Dearnaley added that Batchelor had a deep affection for the game and always gave everything for the teams he played for.

“He was a proper football person back in the day. Very passionate about the game. He fought for his teammates every week … and sometimes with them!”