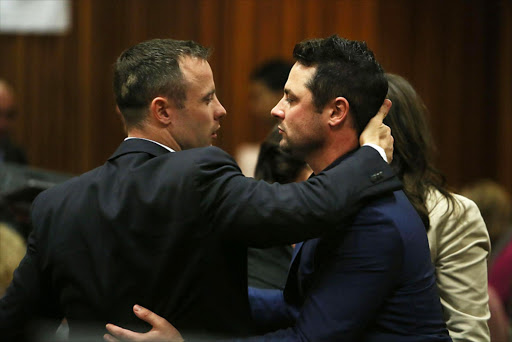 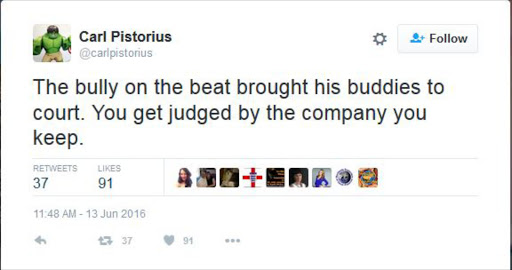 Carl Pistorius on Monday took a swipe at prosecutor Gerrie Nel during his cross-examination of a psychologist called by the defence‚ who recommended that Oscar Pistorius not be sent back to jail for the murder of his girlfriend due to his anxiety‚ depression and post traumatic stress disorder.

“The bully on the beat brought his buddies to court. You get judged by the company you keep‚” Carl Pistorius tweeted.

He then posted a video from October 2014‚ in which former soccer star Marc Batchelor was commenting on Oscar’s sentencing.

In response to the bully remark‚ Marianne Dijzel @Dijzeltweet told Carl: “Yes‚ Marc Batchelor came & sat next to me. I told him to move further away...he did“.

Batchelor has been in court often throughout the long-running trial.

He previously alleged that Pistorius threatened to break his legs over an ex-girlfriend.