Steenkamps to pay back the 'blood' money 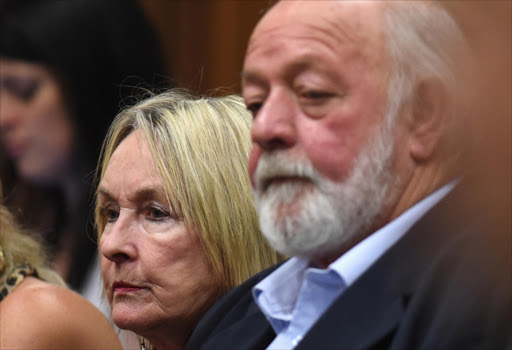 They may have made the court benches squeak and provoked nervous mutterings from those in the gallery, but it wasn't the appearance of former murder-accused bouncers Mikey Schultz and Guil Yahav in court alongside Oscar Pistorius’s adversaries Marc Batchelor and Jared Mortimer that agitated the Blade Runner.

Rather, it was the revelation by the state that monthly payments Pistorius had been making to the parents of his late girlfriend Reeva Steenkamp were to be paid back to him.

Prosecutor Gerrie Nel revealed this during his cross-examination of social worker Anette Vergeer.

Nel said that the Steenkamps had no intention of keeping the money, which Pistorius had been paying in monthly instalments of R6 000 since March 2013 - a month after he shot and killed their daughter.

Nel also referred to an amount of R375 000 that Pistorius had obtained from the sale of his car and which he had offered to the Steenkamps, but which June Steenkamp had refused, calling it "blood money."

Dup De Bruyn, the Steenkamps’ lawyer, told the media following the close of court proceedings that the family would pay back the money as soon as they could afford to and that they had no plans to bring a civil case against Pistorius.

A clearly agitated Pistorius watched over an impromptu consultation between his lawyers and De Bruyn after the statement to the press.

Nel is expected to finish his cross-examination of Vergeer, the defence’s final witness in mitigation of sentence, when court resumes tomorrow morning.

The state is expected to call at least two witnesses in aggravation of sentence, including a correctional services representative who is expected to counter some of the evidence given by Vergeer with regard to prison conditions.