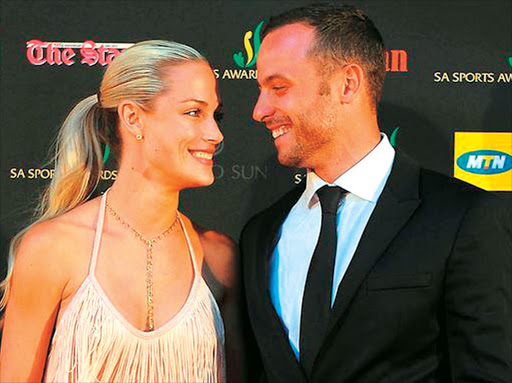 Reeva Steenkamp's cellphone messages in the days leading up to her killing are expected to be disclosed in paralympian Oscar Pistorius's murder trial in the High Court in Pretoria on Tuesday.

Pistorius was sitting quietly in the dock shortly before 9am as members of the prosecution and defence arrived.

Police captain Francois Moller was putting his files in the witness box.

Moller, who downloaded data from Steenkamp's and Pistorius's iPhones, began testifying on Monday and was expected to continue being questioned by prosecutor Gerrie Nel.

Steenkamp's phone was found in Pistorius's bathroom after he shot and killed her through the locked door of his toilet on February 14 last year, apparently thinking she was an intruder. They had been dating for three months.

"I'm scared of you sometimes and how you snap at me and of how you will react to me," she wrote to him on January 27.

He criticised her for her chewing gum, the accents she put on, and when she touched his neck. On February 8 she wrote: "I can't be attacked by outsiders for dating you, and attacked by you."

On January 19, 2013, Pistorius wrote to Steenkamp: "I know it was... when you got back from Tropica, you made it sound like you only smoked weed once."

Steenkamp had been away filming a reality TV series called "Tropica Island of Treasure".

Former soccer player Marc Batchelor was at the court in Tuesday. He was pacing outside the courtroom and taking calls on his cellphone.

Pistorius previously allegedly threatened to break Batchelor's legs, and Batchelor made threats in return. This was after Pistorius found out his girlfriend at the time had been allegedly cheating on him with Batchelor's friend, coal mining millionaire and TV producer Quinton van der Burgh.

Pistorius has been charged with the premeditated murder of Steenkamp and contraventions of the Firearms Control Act. He allegedly fired a shot from a Glock pistol under a table at a Johannesburg restaurant in January 2013.

On September 30, 2012 he allegedly shot through the open sunroof of a car with his 9mm pistol while driving with friends in Modderfontein.