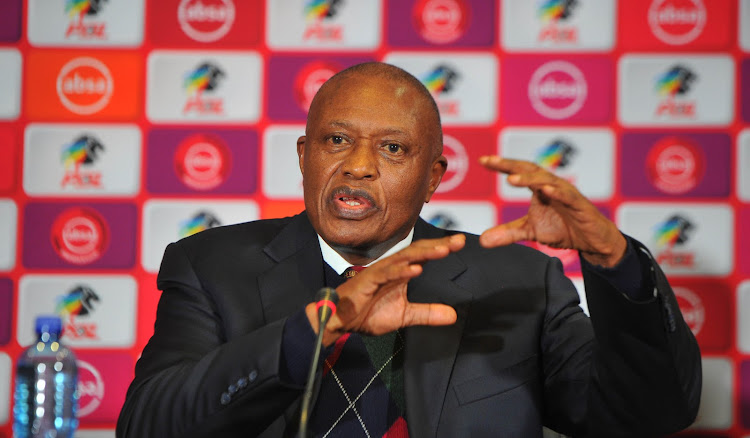 Premier Soccer League (PSL) chairman Irvin Khoza says there's nothing to suggest that Bloemfontein Celtic will not be part of the premiership next season as they have not received a bid for the struggling club's status from Ajax Cape Town or any other bidders.

Ajax are rumoured to be eyeing a return to the premiership through the purchase of Celtic's franchise and speculation has intensified in the last few weeks as the cash-strapped Free State side's finances continue to plummet.

But Khoza insisted on Wednesday that they have not been approached by Ajax or anyone else.

“Up until yesterday (Tuesday)‚ I was not informed of the sale of anybody‚” said Khoza.

“Maybe administratively‚ there could be something in the conveyor belt but the acting CEO of the league (Mato Madlala) is here and she can answer that question.”

In her response‚ Madlala said the PSL have not received correspondence from anyone within or outside the league structures regarding the status of one or more of the clubs.

“I know there have been talks about this and that‚ but there is nothing that we have received to date‚” said Madlala.

This condemned the Cape side to another season in the lower tier unless they can find another way back to the promised land in the weeks before the start of a new campaign.

Khoza also urged South Africans to support Bafana Bafana as they attempt to regain lost ground in the Africa Cup of Nations in Egypt after losing their opening match to Ivory Coast a few days ago.

“Let’s give the national team support‚" he said.

"It is not easy to play in those temperatures there.

"But also all the teams have improved.

"You see what happened with Benin‚ it was unthinkable that they can do what they did to Ghana.

"It is football and even here at home there are no guaranteed results.

“The game has changed because it has to do with the scientific approach.

"Every team is exposed to technology which means if you know how to interpret the analytics‚ you will have the competitive edge.

"That is where the game is won and lost these days and the style of the olden days where the coach was talking to himself on top of his voice doesn’t work.

"You must deal with issues that are direct to the cause of the problem and give you instant solution‚ hence the narrowing of the performance and entertainment of some teams.”