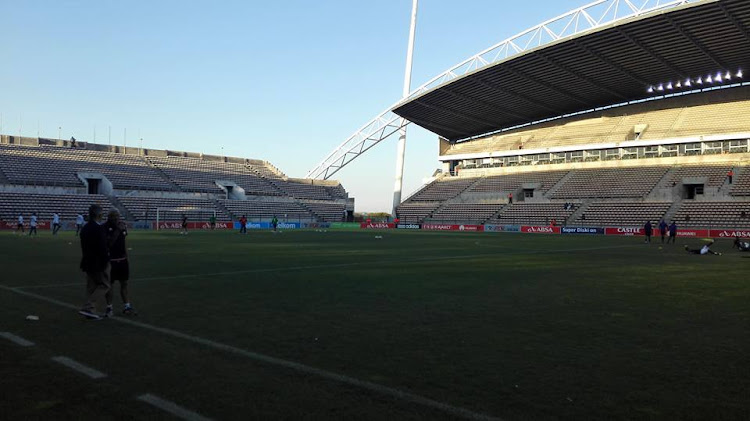 The United Coalition for Sports and Community Based Organisation (UCSCBO) are crying foul over the eviction of the South African Football Association (SAFA) and other tenants from Athlone Stadium which is creating chaos in Western Cape Football.

Safa have been told by the City of Cape Town that they are not allowed to enter their offices at the venue‚ which has put on hold the registration of some of the 120‚000 local players.

Many of these players who could not be registered‚ will be unable to take part in matches scheduled for this weekend.

It is the second time this year that Safa Western Cape have been evicted‚ though they were given a reprieve the last time‚ with the city claiming that that the office does not meet the standards set out by the Safety at Sports and Recreational Events Act.

But UCSCBO administrator Noore Nacerodien believes there are ulterior motives at work.

“The City has used the Safety at Sports and Recreational Events Act to claim that the stadium is unsafe with some fire hazard issues and therefore to evict tenants‚ yet in that time we have hosted PSL matches here‚ had the minstrels perform and so on‚” Nacerodien said.

“Where were the safety concerns then and how were those events allowed to happen if the stadium is not safe? Apparently the City’s fire representative says there are some fire hazard issues‚ but the material we used to create the office space is fireproof. We believe the city wants to put an operator into Athlone to run the stadium‚ to do the same as they did with the Bellville Velodrome.”

Nacerodien says tenants have launched an interdict against their evictions that will be heard on Friday afternoon.

In February‚ Cape Town executive mayor Dan Plato told protestors outside of the Athlone Stadium that no evictions would take place and that the matter would be resolved to everybody’s satisfaction.

But now‚ according to Nacerodien‚ they have been told to move to temporary facilities while work is carried out and that they will be allowed to move back when the changes have been made.

But he is not so sure.

“We need that in writing because we don’t trust these people‚” Nacerodien said.

“They have been ducking and diving on this issue and providing no clarity‚ nor provided us with anything on paper in black and white.”

The media office has not responded to enquiries by the time of publishing the story.