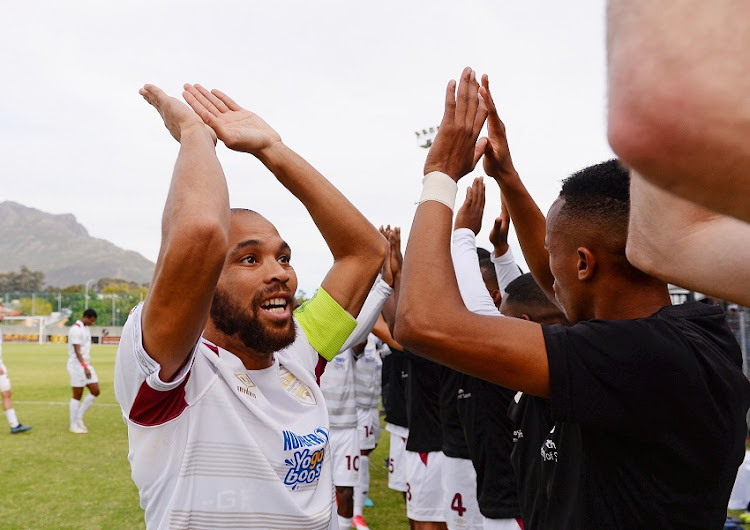 Stellenbosch did not produce the grandstand finish they had hoped for on the last day of the National First Division season but a goalless draw at home to Maccabi FC was enough to secure the title and a place in next season’s top flight.

The one point meant that Stellenbosch finished three clear at the top of the table because second placed Royal Eagles lost at the Athlone Stadium to Ubuntu Cape Town.

But Ubuntu’s 1-0 win – courtesy of a 15th minute goal from Fawaaz Basadien – was not enough to save their status and they go down to the amateur ranks, along with already relegated Witbank Spurs, after finishing second from bottom.

Tshakuma Tsha Madzivhadila finished in third place, narrowly ahead of Ajax Cape Town on goal difference only, and go into the end of season promotion-relegation playoffs along with Durban-based Royal Eagles.

Both TTM and Ajax won 2-0 on the last day of the season but TTM had a better goal difference.

They and Eagles will be up against the side who finishes second from bottom in the Premier Soccer League, to be decided next Saturday.

Stellenbosch looked nervous and were unable to produce any flowing football against a Maccabi side, who had already made sure of their status and came only as potential spoilers.

A full crowd at Idas Valley Sports Ground on Sunday afternoon might have hoped for a better last game but in the end the result did not matter as they spilt onto the pitch to celebrate with the players.

“We are obviously ecstatic to get promoted,” said coach Steve Barker, who did the same with the University of Pretoria just under 10 years ago.

“We had a fantastic season and we were really consistent. We deserved it because the players worked their socks off.

“Now we are looking forward to the top flight.”