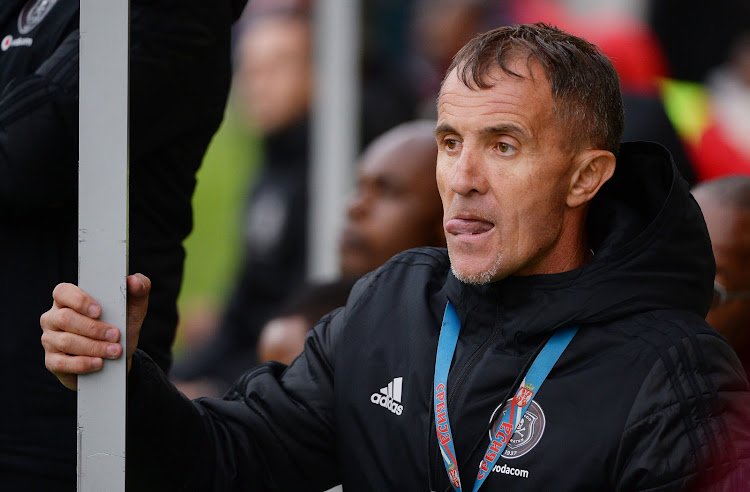 Orlando Pirates coach Milutin Sredojevic admits that Saturday’s Absa Premiership draw with Cape Town City was a set-back in his team’s title ambitions‚ but has promised to rally the players ahead of their decisive clash at home to Polokwane City next weekend.

That would mean the title is no longer in Pirates’ hands‚ and they will be relying on others to do them a favor.

“The message to the players is very simple‚ they are aware we are in competition and must focus on the last match‚ the intention is to win and then we will see where we are‚” Sredojevic says.

“It is a set-back and a disappointment that we did not win‚ and despite giving everything‚ we did not get what we wanted.

"In the same moment we need to find the formula to keep them mentally ‘up’‚ because everything we asked them to do‚ they have done.

“The mathematics is very simple‚ we have 54 points and the maximum we can get is 57.

"Our only focus at the moment is to make sure we get 57 points. Whether that will be enough to make us champions‚ we can only speak after that.

“But at present‚ mathematics is not on our side.”

Pirates fell behind to an 18 second goal from Zukile Kewuti‚ but turned the game on its head to lead after strikes from Thembinkosi Lorch and Luvuyo Memela.

City equalised late on though as Craig Martin headed home‚ a blow to the majority of the spectators that packed into the Athlone Stadium.

Stredojevic says his side were not helped by a 15-minute delay to the start of the game to allow fans to enter the stadium‚ which left his players ‘cold’ after their warm-ups.

“We were on the back foot in terms of the 15 minutes delay‚ which we did not adequately use to keep [up] the temperature of our bodies.

“We have been surprised and in the 25th second [sic] we are a goal down. When you have something like that‚ it is important to have the mental strength to come back.

“At halftime we sorted out an important fact that playing against the wind‚ it is important that we put as much as possible high press on the opponent’s defence.

“From that approach we scored the second goal‚ but then we started defending too deep.

“Subconsciously players were withdrawing back. We took some risks after that because we wanted to win‚ but unfortunately we did not get what we wanted.

“I need to give credit to the players‚ they gave everything they could. We played against a very good team‚ a well-coached team that had no pressure [on them] but had intention to get a result at home.”