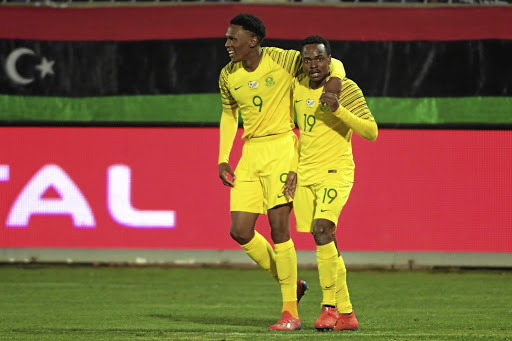 The fact that Bafana Bafana will go to the Africa Cup of Nations (Afcon) with only three natural strikers should be cause for concern, so says one of the national team's former players.

Bafana coach Stuart Baxter named his final 23-man squad at the weekend where Lebo Mothiba, Percy Tau and Lars Veldwijk are the only specialist strikers.

Although Lebohang Maboe and Sibusiso Vilakazi are listed as strikers, they are in actual fact attacking midfielders.

Legendary former Bafana striker Mark Williams is worried about the team's flexibility and their ability to change attacking tactics.

"It's not the English way of doing things to have a plan B ... so they put in their best team and when that doesn't work then we are found wanting," Williams told Sowetan.

Bafana Bafana coach Stuart Baxter has defended his selections at the back and in the goalkeeping department in his final 23-man squad for the 2019 ...
Sport
2 years ago

"Sometimes we need those quick players to come in the second half and change the game. You need plan B when you play tournaments and need to be attack-minded. More strikers would have been good to give options and have them run off the ball."

Bafana's attack will be led by Mothiba and Tau but it remains to be seen if Baxter will utilise the option of the towering Veldwijk as the target man upfront.

SA will take on Ivory Coast in the opening game of Group D in Cairo on June 24. The Brit has backed the partnership of Mothiba and Tau to carry them over the line.

"We have two strikers who have goals in them. In the practice match we had Lebo score four and all the players have seen him as very difficult to handle," Baxter said. "If we can get Percy on the ball in the right areas he will be a threat."

Baxter feels that Veldwijk can also be effective but did not give an assurance that he will feature at Afcon. "It's for a reason he has scored all the goals he has. He is not as easy on the eye as Percy or Lebo but he's certainly not a bad finisher, so if you put him in the right areas he will finish," Baxter said.