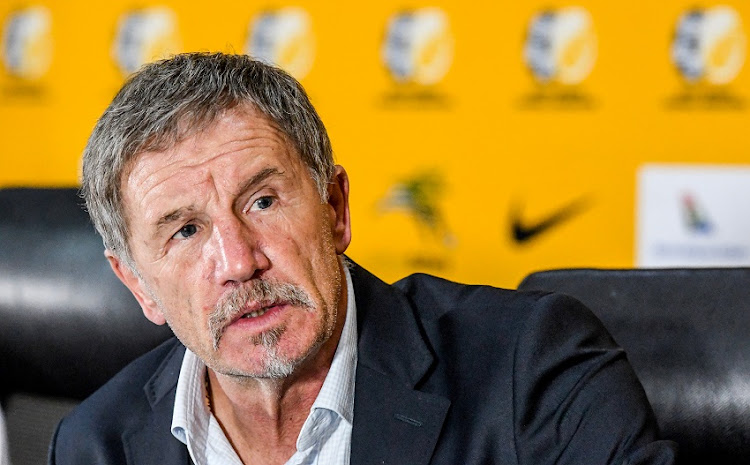 The Cosafa Cup in Durban – where South Africa have a bye through the group stage and first play Botswana in the quarterfinals on June 2 – will run concurrently with a senior Bafana training camp in Johannesburg with players who will be preparing for the 2019 Africa Cup of Nations (Afcon).

Dolly has been included in both squads.

The Montpellier winger played just three Ligue 1 games and one French Cup match in 2018-19 before breaking his leg in August.

He has only played reserve matches since his return in March.

Baxter said Dolly will be part of Under-23 coach David Notoane’s South Africa team at Cosafa so the player can earn some game time‚ and be assessed further on his readiness for the Nations Cup in Egypt from June 21 to July 19.

“Keagan Dolly actually asked me himself if he could get more game time. He’s played in four reserve games‚ his coach says he’s 100 percent fit.

“So we’re not taking a chance with him – we’re just allowing him the opportunity to get that game time to bring up his sharpness.

“And‚ to be fair‚ to allow David the opportunity to have a more senior player as a good example to the younger players [in the Cosafa squad].

“So we’re hoping that in that way we’ll make a meaningful event of Cosafa‚ and offer an exciting team there.

“That we invest in international game time for the right type of players. And it’s not without it’s value for the preparation for Afcon.”

Dolly and another France-based long-term injury sufferer‚ Amiens SC’s Bongani Zungu‚ were called up “for assessment” for Bafana’s final Afcon qualifier against Libya in Tunisia in April.

Dolly pulled up with a hamstring strain in training for that match‚ which SA won 2-1 to clinch qualification for Egypt 2019.

In all the former Mamelodi Sundowns winger has played six reserve matches since his return in March.