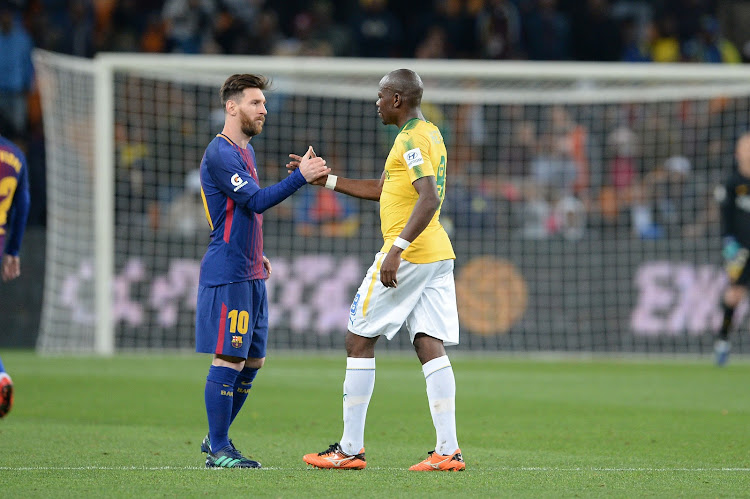 Saturday will be a special occasion for Mamelodi Sundowns captain Hlompo Kekana as he matches a club record that will no doubt bring him even greater respect than he already enjoys.

Kekana is set to make his 48th start for The Brazilians in all competitions since the beginning of the campaign if he lines up as expected against Wydad Casablanca in the CAF Champions League semifinal‚ second leg on Saturday.

That will match the long-standing club record set by former star Themba Mnguni all the way back in the 1997/98 season.

And with two more crucial Absa Premiership matches to run‚ and the potential for a two-legged Champions League final‚ Kekana could well pass the 50-mark in 2018/19 and even match the all-time South African record.

That was set by Neil Tovey for Kaizer Chiefs in the 1992 campaign when he started 52 games in all competitions‚ bolstered by the fact that in those days teams played 42 league games alone.

Mamelodi Sundowns coach Pitso Mosimane has stepped the mind games ahead of the penultimate round of the season and suggested that Absa Premiership ...
Sport
2 years ago

Kekana has been a model of consistency this campaign‚ and if you add in his two Bafana Bafana starts against Nigeria and Libya this season‚ he will actually reach his half-century of starts for club and country on Saturday.

He has remarkably missed just one league game‚ and the only time he came off the bench to play was in the Nedbank Cup Last 32 defeat to Chippa United when coach Pitso Mosimane probably rued not starting him.

Kekana has started 27 league games‚ three in the domestic cups and 17 in the Champions League since the official start of the season on July 1‚ 2018‚ a measure of his incredible stamina and ability to stay injury-free.

Sundowns coach Pitso Mosimane has previously said that Kekana should win midfielder of the year in South Africa this season‚ but doubted whether his contribution is truly valued by those outside of the club.

“Kekana shows his maturity – he shows why he is my midfielder of the year. I know every time when it is the PSL Awards he doesn’t get it‚” Mosimane said.

“Everybody pops up and gets midfielder of the year and he has been a contestant for five years‚ so who has gone five years with him? Nobody! He doesn’t win it‚ he’s just nominated.”

Kekana has also dealt with the added responsibility of being club captain‚ another feather in his extraordinary cap.