PSL relegation - who will stay and who will go? 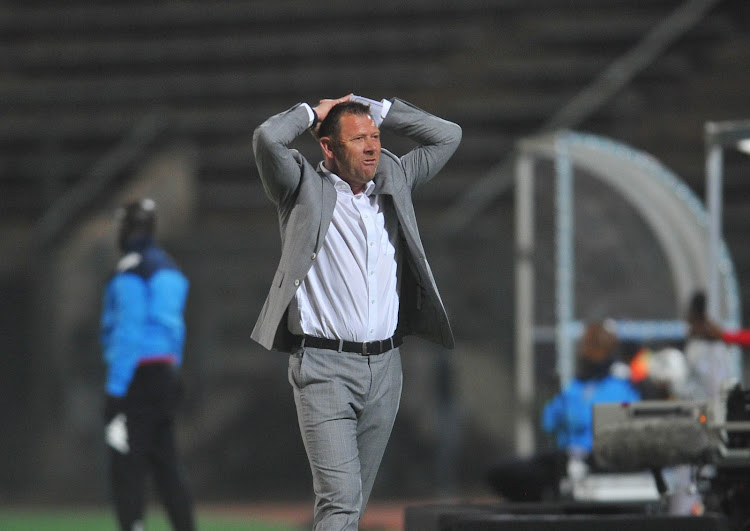 Outright relegation and the Premier Soccer League/National First Division playoffs loom for five PSL clubs whose status in the top-flight of South African football is no longer guaranteed and hinges on their last two games.

SowetanLIVE looks at the relegation permutations and the last two matches faced by these teams and predicts who is likely to survive and who is to bite the dust come May 11:

Baroka face a daunting task in their last two matches but what is in their favour is the fact that Bidvest Wits are now out of the running for the league after they were unfortunate to draw against SuperSport United last weekend‚ where a legitimate Wits goal were erroneously ruled offside.

Also Wits‚ in their past 14 matches at home‚ have collected just 20 points‚ meaning they have collected eight points less at home then on their travels. A draw will not be a bad result for Baroka away to Wits and anything can happen in their last game at home against Maritzburg.

Baroka may well play against Maritzburg only needing to avoid the playoffs.

Ea Lla Koto will be up against it away to a very unpredictable Kaizer Chiefs in their penultimate game in Mpumalanga on Saturday. That they will face a Chiefs side still needing to confirm their top eight finish will not help Stars at Mbombela Stadium.

If Stars manage a draw they will be satisfied even though there’s no guarantee of getting anything against Mamelodi Sundowns in their last game at home.

If Sundowns go to the Free State still needing victory to win the league‚ things will become even more difficult for Stars in terms of getting the points they require to survive. Stars might have left it too late to avoid the playoffs‚ something even coach Nikola Kavazovic has acknowledged.

Prediction: Stars to fight for their status in the playoffs

Leopards can fight to get at least two points in their last two matches and still survive. Against a wobbly AmaZulu they can fancy their chances although Usuthu would fight to avoid any chances of being dragged into the playoffs.

Leopards will have an even better chance of gaining three points against Cape Town City‚ who will come to them on the back of a tough encounter against title-chasing Orlando Pirates. That City are out of the league race also favours Leopards.

Prediction: Leopards to survive without going to the playoffs

Like Stars‚ the Chilli Boys have compromised themselves by leaving their relegation fight to the last two matches. Their form coming to these games is too terrible to have any hope.

Against a Polokwane City who have been firing on all cylinders all season‚ Chippa are unlikely to return with anything‚ making their last home match against Chiefs a must-win.

A point against Chiefs might not even help Chippa to avoid a straight drop to the National First Division.

The Team of Choice have been one of the relatively on-form teams of the five fighting relegation‚ despite the fact that they will approach their last two matches still sitting at the bottom of the table. A win at home against SuperSport United might just be enough for Eric Tinkler’s side to even avoid the playoffs.

Four points out of six is what Maritzburg may need to cleanly survive relegation and it’s difficult to bet against them doing that given their fighting spirit‚ which will be vital in their away match against Baroka FC on the last day of the season.

Prediction: To avoid relegation and the playoffs by getting four points in their last two matches