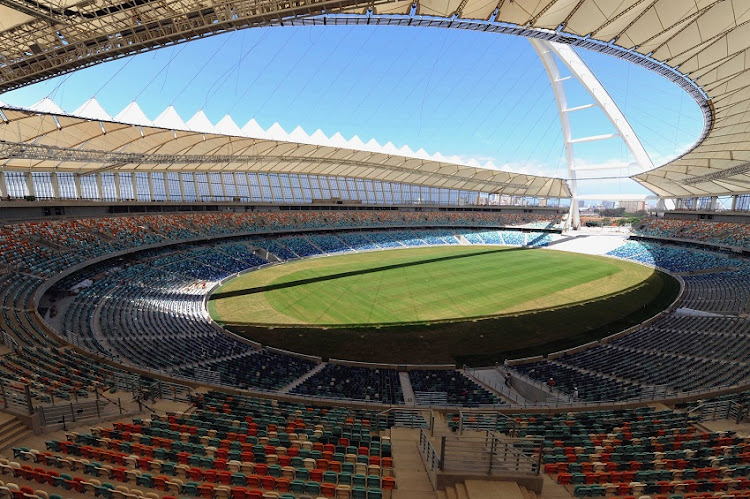 A general view of the inspectors in Moses Mabhida during Fifa inspection on September 27, 2009 in Durban, South Africa.
Image: Lefty Shivambu/Gallo Images/Getty Images

Tickets for the Nebank Cup final in Durban on May 19 have sold out‚ just a day after they went on sale.

With Kaizer Chiefs facing National First Division (NFD) team TS Galaxy in the final at Moses Mabhida Stadium‚ and expected to end a three-season trophy drought‚ demand for tickets has evidently been huge from Amakhosi supporters.

The PSL posted on their official Twitter page on Monday‚ the first day of tickets going on sale‚ that 65 percent had already been sold for the cup final at the 46‚000-seater World Cup venue.

On Tuesday the PSL Tweeted that tickets had been sold out.

BREAKING: Tickets for the #NedbankCup2019Final are SOLD OUT.

Chiefs have not won silverware since the lifted the 2014-15 Absa Premiership league trophy‚ a year where they won a second league and cup double in three seasons.

Amakhosi‚ having already gone an unprecedented three seasons without adding to their historically crowded trophy cabinet‚ need to win the Nedbank Cup to prevent that becoming four campaigns.