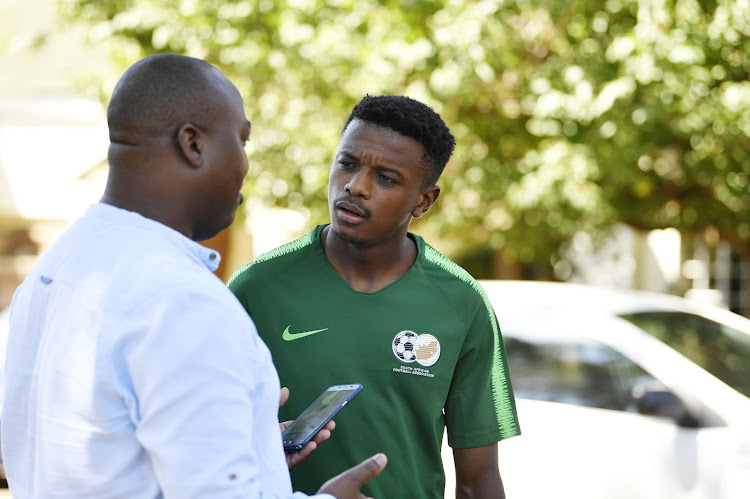 Bafana Bafana will be reacquainted with Botswana in the quarterfinals of the Cosafa Cup‚ what should be a gentle draw for the shadow national team that is slated to take part in the May 25-June 8 tournament in Durban.

Coach Stuart Baxter announced on Thursday that his squad for the competition would be missing most of his top stars‚ and instead will be a mixture of youngsters and those on the fringes of Africa Cup of Nations finals reckoning.

It will be marshaled by his assistant Molefi Ntseki‚ who will become the 20th coach to lead the national team in an international fixture.

Bafana have met Botswana in each of the last four Cosafa Cup competitions since the Southern African championship became a regular feature on the football calendar again.

They were ousted by the Zebras on penalties in the quarterfinals in 2015‚ beat them in the cup final a year later‚ and enjoyed success in the Plate in the last two seasons.

Botswana have won just two of their last nine internationals‚ which saw the axing of veteran coach David Bright‚ with their last fixture a 2-0 win over Seychelles in an African Nations Championship (Chan) qualifier last month.

They should pose no real threat to the shadow Bafana‚ but South Africa have stumbled at the quarterfinal stage of the Cosafa Cup in three of the last four years.

Holders Zimbabwe must wait to find out their quarterfinal opponents‚ which will be the winner of first round Group A.

Just what kind of a side the Warriors will bring is also unknown after it was revealed on Thursday that they had set up a friendly in Nigeria on June 8‚ the same day as the Cosafa Cup final.

Their opponents will be one of Angola‚ eSwatini‚ Comoros or Mauritius. Angola seem the most likely‚ but if they are to go all the way in this competition will have to play six games in 15 days.

Angola coach Srđjan Vasiljević might view that too much of a heavy workload with the Cup of Nations just weeks away‚ and he too could be tempted to bring a shadow squad.

Zambia must also wait to see their quarterfinal opponents‚ with the winner of Group B taking up that slot – Mozambique‚ Namibia‚ Malawi or Seychelles.

Nations Cup-bound Namibia are in the same boat as Angola and will not fancy six games in such a short space of time.

The last of the quarterfinals will see Lesotho take on another Nations Cup qualifier in Uganda‚ with the East African nation accepting an invitation after Madagascar declined to participate.

The first week of the tournament contains the pool matches‚ with the quarterfinals to be played on the weekend of June 1 to 2. The semifinals will be staged on June 5‚ with the final three days later at the Moses Mabhida Stadium.

The losing quarterfinalists will drop into the Plate competition‚ which sees its semifinals on June 4 and the final on June 7.