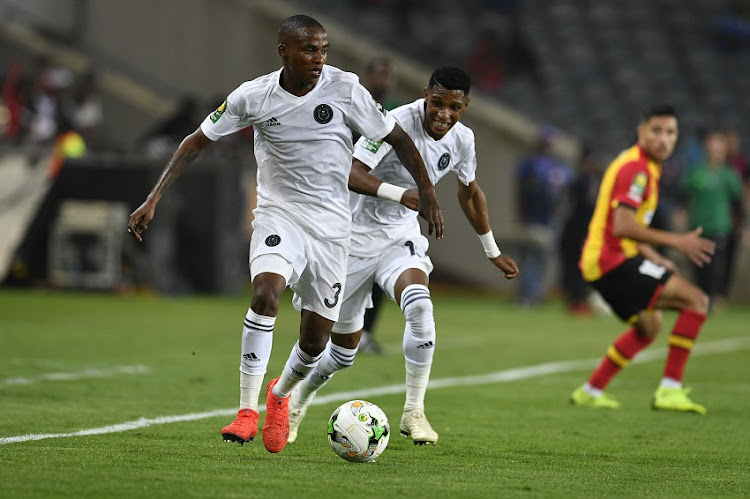 Thembinkosi Lorch believes his experiences playing in the Caf Champions League puts him in a good place to play a starring role for Bafana Bafana in a make-or-break Africa Cup of Nations (Afcon) final qualifier against Libya on Sunday.

The Stuart Baxter-coached side must avoid a defeat at the 25‚000-seater Stade Taïeb Mhiri in the port city of Sfax‚ Tunisia‚ to book their ticket to the finals in Egypt that will run from June 21 until July 19.

The 25-year-old exciting Orlando Pirates attacker has been in scintillating form for his club this season.

The Bloemfontein-born star has scored 11 goals and chipped in with four assists in 34 appearances in all competitions and will be looking to take that scoring form to international duty.

“I have had a good run of late at club level‚ and have gained a lot of international experience through the Caf Champions League.

“I now know the best and worst circumstances on the continent‚” Lorch told the official national team website from Tunis where Bafana have set up camp.

@BafanaBafana working on keeping the shape during training this morning out at Espérance Sportive de Tunis Parc @SAFA_net @CAF_Online pic.twitter.com/D0nJPzFiow

Due to lack of training facilities in Sfax‚ Bafana opted to set up their training base in the capital Tunis since their arrival on Sunday.

Bafana will then set off on a 270-kilometre bus trek from Tunis to Sfax on Thursday and will probably have two training sessions at the match venue.

A draw will be enough to take the South Africans through to the finals.

Lorch is fresh from playing continental football with Pirates and was last in the north African country when the Buccanneers went down 2-0 in the Caf Champions League in February.

He has been involved in eight matches in the Caf Champions League first round and group.

The Mamelodi Sundowns quartet of Hlompho Kekana‚ Tiyani Mabunda‚ Themba Zwane and Lebogang Maboe have also been criss-crossing the continent as the Brazilians booked their Caf Champions League quarterfinal spot and their experiences will come in handy for the team.

The 2019 Afcon finals will be the first of its kind because the tournament has been expanded to 24 nations and has moved from the usual January slot to June.