Pirates coach Sredojevic insists they have learnt their lessons 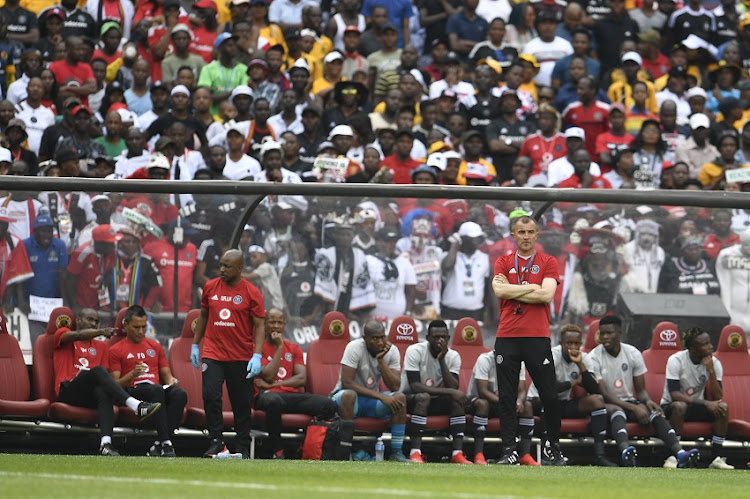 Orlando Pirates coach Milutin Sredojevic lamented his team's lack of counter-pressing as the main reason they were held to a shocking 2-2 draw in their penultimate Caf Champions League Group B encounter against no-hopers FC Platinum of Zimbabwe at Orlando Stadium on Friday night.

In a match that the Buccaneers needed to win in order to stand a good chance of progressing to the competition’s last 8‚ Sredojevic saw his team deliver a forgettable performance in the first stanza.

“It’s very hard to explain‚” Sredojevic said after keeper Wayne Sandilands denied Never Tigere from the penalty spot in the first half before Platinum went on to find the goals to go to the break leading 2-0.

“Usually it is an easy answer but you need to give credit to the Platinum.

"They were a hard nut to crack and they had applied high pressure on us and not allowing us easy entrances in the midfield.

“Platinum won most of the 50/50 balls and they always build from behind and beat the first line of defence in the midfield with (Thembinkosi) Lorch‚ (Justin) Shonga‚ (Luvuyo) Memela and Kuda (Mahachi).

“So that first line was easily beaten and I would say that was our shortcoming. We’ve had several matches where we needed an injection of warning before we came back.”

The Bucs coach insisted that they have learnt their lessons and promised to arrest the team's tendency to start their matches on low gear.

“Same as we’ve learnt to come back‚ we are looking at solutions that will make us start having the same approach that we had in the second half.

“This is a process and I’m confident that we shall find a way‚ but there are certain things that you can’t control.

“The opponent won those 50/50 balls and beat us easily in our first line of defence.

“Platinum put high pressure on us and we didn’t have good angles in coming out in build ups.

"It was a technical and tactical problem that we sorted out in the second half.”

The Serbian coach said his charges have to improve on their mental fitness in order to have better starts in their games.

“Why that happened?” Sredojevic’s asked of his team’s terrible first 45 minutes against Platinum.

“I want to put it into the bracket that it is much more of a mental (aspect) than a football problem or a technical or a tactical problem.

“It is on us to re-energise and strengthen the players and make them fully aware that matches are played from the first minute to the last.

“With such approach I believe that in the future we can prevent the situation we found ourselves in against Platinum.”