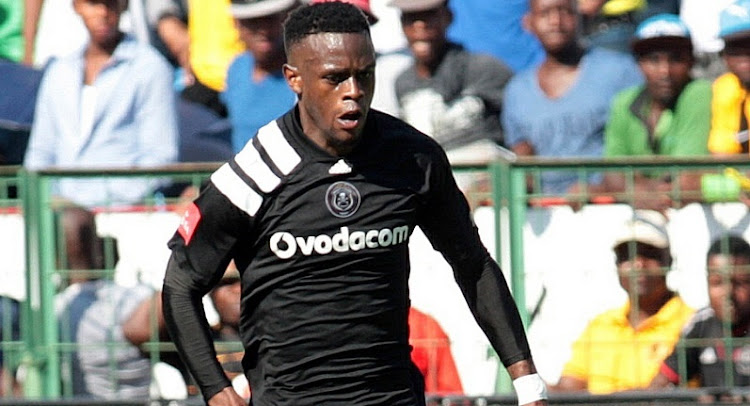 Innocent Maela will travel with Orlando Pirates to Horoya AC of Guinea for Champions League on Saturday before heading off to Frankfurt, Germany, for Bafana camp.
Image: Veli Nhlapo / Sowetan

Bafana Bafana team doctor Thulani Ngwenya has assured Mamelodi Sundowns and Orlando Pirates that their players will be given a rest after their respective CAF Champions League games.

Bafana face Libya in their final Group E match of the Africa Cup of Nations (Afcon ) qualifiers in Tunisia on March 24. Sundowns take on Wydad Casablanca in Morocco while Bucs face Horoya AC in Guinea on Saturday.

After their games, the seven players will fly out to Frankfurt, Germany, and then fly out to Tunisia to join the rest of the Bafana Bafana squad.

Stuart Baxter stared down the barrel of a loaded gun on Wednesday and said he would quit his job as Bafana Bafana coach if the national team fails to ...
Sport
2 years ago

"When they arrive in camp we will check their physical conditioning and [they] won't train the same way as others," Ngwenya has told Sowetan.

"The loading with them will be different and they will only start training intensely from day two or three.

"On day one we will take them off the programme completely.

"Of course, we'll do individual periodisation with them. That is why we said they can't fly back to South Africa because flying on its own is loading on the body."

Baxter took the extraordinary step of naming a squad of 22 players but also named the "not-fully-fit" Bongani Zungu and Keagan Dolly.

Ngwenya admitted that it was an usual step to select unfit players but added that the team needed its best to qualify.

Another one! Bafana Bafana dealt yet more injury woe

Mamelodi Sundowns forward Sibusiso Vilakazi has pulled up with an Achilles injury in yet another withdrawal blow to the Bafana Bafana squad to meet ...
Sport
2 years ago

"Bongani has fully recovered medically and has played 45 minutes twice in the reserve league.

"Keagan has played two 90-minute games in the reserves," he said. "With Keagan, if you remember, [he] was thrown in quickly from injury and relapsed, so this time I have been happy with the rehabilitation.

"The reality is that we need them [Dolly and Zungu], that's why we decided to bring them in and they will be closely monitored."