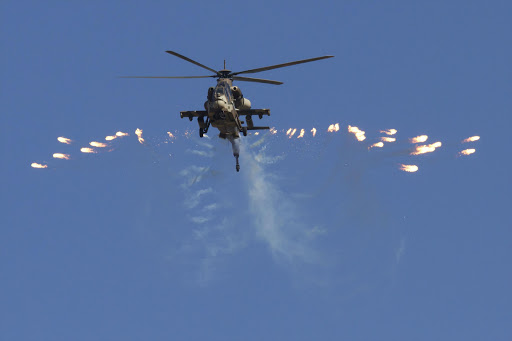 Former Denel board chair Martie Janse van Rensburg says the joint venture between the state armaments company and VR Laser, a company owned by an associate of the Gupta family, did not "make commercial sense".

Testifying before the state capture inquiry on Tuesday, Janse van Rensburg - who chaired the board between 2011 and 2015 - said her team did not consider the joint venture.

"The outgoing board did not consider the establishment of Denel Asia. In my opinion if you would like to establish such a type of subsidiary in another country, there's a lot of market intelligence homework that needs to be done," she said.

In January 2016, the formation of Denel Asia was announced. It was described as a Hong Kong-based joint venture between Denel, which would control a 51% holding of the company, and VR Laser, which belonged to long-time Gupta ally Salim Essa. This came about six months after a new board was appointed at Denel by former public enterprises minister Lynne Brown.

Rise and fall of Denel under scrutiny at state capture inquiry

The current board at the embattled state armaments company Denel is "having to deal with the repercussions of the era that has just passed".
News
2 years ago

Janse van Rensburg's replacement, Daniel Mantsha, has since been implicated in state capture.

"I think the new board assumed their functions by the end of July. It was a relatively short period that transpired ... I don't know on what information that decision was made. My understanding was ... the joint venture with VR Laser, it was a local company, it did not have a footprint in Asia, and in India specifically," Janse van Rensburg told the commission.

The deal, which was blocked, would have seen the Gupta's sell off Denel's intellectual property to India.

"It did not make commercial sense or strategic sense," said Janse van Rensburg.

Asked by deputy chief justice Raymond Zondo who would have benefited more from the deal, she answered: "On the holding structure, the benefit would have been for VR Laser."

The commission will continue with testimony from former VR Laser shareholder Benny Jiyane.

'Some of us were worried for our lives': Mcebisi Jonas tells state capture inquiry

Mcebisi Jonas told the state capture inquiry on Friday that he and other members of the National Treasury were "worried for their lives".
News
2 years ago
Next Article