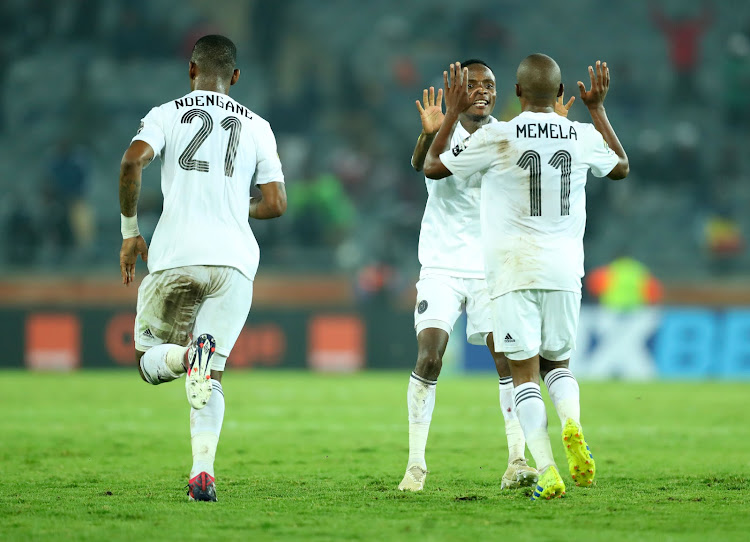 Luvuyo Memela has echoed the sentiments of Orlando Pirates teammate Thembinkosi Lorch that the Buccaneers want to win the Absa Premiership this season.

While Pirates’ coach‚ Milutin Sredojevic‚ can be famously conservative with his prognosis of whether Bucs are pushing for the league title‚ Memela agreed with Lorch that this season second-placed Pirates‚ three points behind leaders Mamelodi Sundowns‚ need to go for it.

“Ja‚ obviously we wan to win the league. Because last season we were No 2‚” Memela‚ recently returned from injury and already influential in Bucs’ frontline‚ said.

“Because I would understand last season‚ finishing No 2‚ when we were getting used to the coaches.

“But now you understand everything that they want from the game‚ how to use spaces‚ breaking the line‚ finding the No 10 and all that.

“So I think it’s also going to push us as players. Because most of the time we like to say‚ ‘We’ll take it a game at a time’.

“But if we had to be honest we want to win the league.”

Of course‚ this week Pirates’ entire focus is on beating Horoya FC in Conakry‚ Guinea on Saturday to progress past Group E to the quarterfinals of the Caf Champions League.

Bucs are making their return to Africa’s premier club competition for the first time since losing as finalists against Egyptian giants Al Ahly in 2013‚ and would dearly love to join Sundowns‚ who have qualified from Group A‚ in the group stages.

Memela was asked if‚ in Bucs’ push for the PSL title‚ they might view their third-last fixture against Sundowns at Orlando Stadium on April 27 as a potential title decider.

“No‚ we are focusing on Caf. And after that we’ll focus on the next game‚ which is Black Leopards [in the league at Orlando on March 29]‚” Memela said.

Memela has scored two goals in four games for Pirates since his return from a knee injury that had seen the winger play one game previously in 2018-19‚ in September.