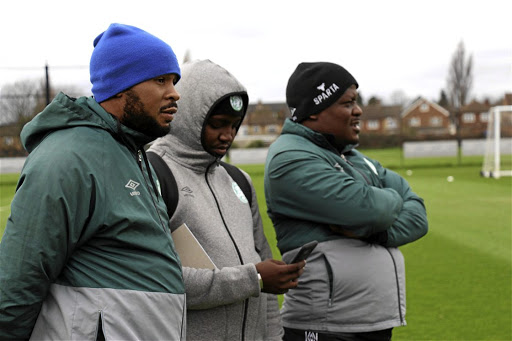 Currently on a 10-day trip in the UK with the Celtic reserves, Mototo said meeting with legendary West Ham United academy coach Paul Heffer has made him believe he can have a fruitful career nurturing raw talent at youth level.

Haffer, 70, has been at the helm of the Hammers' youth structures for nearly 40 years.

"I don't want to lie to you, coaching in the Premiership is not my aim at all, my brother," Mototo told Sowetan.

"But I would want to be part of the national junior teams; that's my future objective.

"If a coach like Paul would be here in the development side for 40 years, for me as a coach it tells me one should know what one wants. Personally, I regard myself as a development coach for life. I am very happy."

In his heyday, the retired left-back played for Kaizer Chiefs and Celtic. He is proud to have played a role in the club's development.

Mototo, 38, has been with Celtic youth structures for six years.

"I've got to see seven to eight players progressing to the first team... Tshegofatso Mabasa, Neo Maema, Kabelo Dlamini and our MDC captain Shadrack Kobedi, playing in the senior side," said Mototo.

Celtic's tour is a reward for winning the 2018/19 MDC title in February. The Free State-based side is hosted by West Ham, the English Premier League side. Today (1pm) they play Hammers' under-23 side.

Ndebele is in London as a guest of MultiChoice