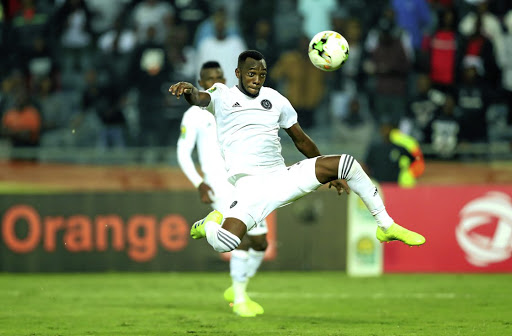 Orlando Pirates can learn a thing or two from Mamelodi Sundowns in their quest to conquer Africa again.

Bucs were knocked out of the CAF Champions League in the group stage following their 2-1 defeat to Guinea's Horoya at 28 Septembre Stadium in Conakry at the weekend.

Pirates missed some glaring opportunities with both Luvuyo Memela and Thamsanqa Gabuza firing over from close range in the first half, before Justin Shonga got a consolation goal later on.

Ethiopian referee Bamlak Tessema Weyesa has come under fire for his questionable officiating. He turned down Pirates' penalty appeal in the first half when Gabuza was brought down in the box.

But Pirates' failure to progress to the quarterfinals cannot only be attributed to poor officiating. It's bigger than that, if you consider the fact that Pirates won just one match - they beat Horoya 3-0 in Soweto.

They lost two group games, including 2-0 to Tunisia's Esperance and drew three, at home against Esperance and both their matches against Zimbabwe's FC Platinum.

Pirates don't have to look far for inspiration, with Sundowns making it to the knockout stage for the third time in four years. Sundowns mentor Pitso Mosimane pointed out in a recent interview how to get through the group stage.

"If you win your home matches, that's nine points and you need two more points to get to 11," Mosimane stated.

"It means you have to win one match away or get two draws, then you make it."

Pirates won one and drew two in their own backyard, which made things difficult for them. In Group A, Sundowns won all their home matches against Wydad Casablanca, Asec Mimosas and Lobi Stars. They also managed a draw away at ASEC of Abidjan.

Furthermore, the Sundowns team, holding their own against Africa's big boys, has been together for some years and although there are newcomers now and then, the core of the team remains.

Winning the league and qualifying for CAF Champions League again will ensure continuity for the Buccaneers.