Sundowns settle for second place after loss to Wydad Casablanca 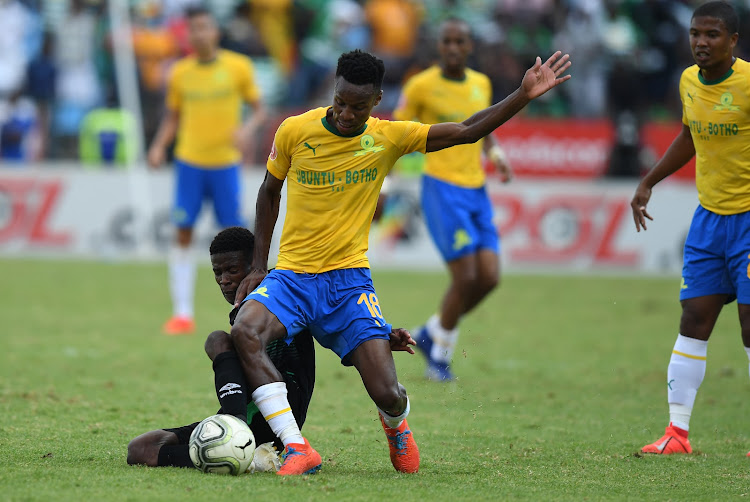 Mamelodi Sundowns’ pursuit of the African Champions League title has taken a more difficult turn after they lost 1-0 to Moroccan side Wydad Casablanca at a vibrant Prince Moulay Abdellah Stadium in Rabat on Saturday to finish second in their pool.

Mohammed Nahiri scored the only goal of the game with a superb winner just past the hour-mark, providing a deserved victory for the 2017 champions as they created the greater number of chances and showed more ambition to win the game.

Sundowns needed a draw to finish top of the pool and be among the top seeds for the quarterfinals, but instead face the prospect of meeting one of Al Ahly, TP Mazembe or defending champions Esperance in the next stage, with those matches to be played the weekend of April 5-6 and 12-13.

Sundowns coach Pitso Mosimane dropped Argentine forward Emiliano Tade to the bench, with the pacey duo of Lebohang Maboe and Phakamani Mahlambi leading the line. Denis Onyango made a vital early save, blocking the effort of Ismail El Haddad from point-blank range.

But the Brazilians wasted a superb opportunity to hit the front when Maboe beat the offside trap and latched onto a lofted ball, before his poor touch actually set up Mahlambi with a clear shooting chance that the latter fired wide.

Onyango’s blushes were spared when he spilled a cross into the path of Nahiri, but the Wydad winger reacted poorly to the loose ball with the goal gaping and could only steer it wide.

Mahlambi then curled a shot off target at the far post having worked some space for himself, while Onyango made a good save to deny El Haddad in the closing minutes of the first half.

Sundowns’ plan to hit Wydad on the counter-attack almost bore fruit early in the second period when Mahlambi raced clear down the right-hand side, but his ball into the box in search of Maboe was poor and home goalkeeper Ahmed Tagnaouti was able to collect.

Wydad grabbed the lead on 62 minutes when Nahiri crashed the ball home from 30-yards, his powerful shot dipping in at the far post and giving Onyango no chance to make the save.

Mosimane pushed left-back Tebogo Langerman into an attacking position with 20 minutes to go in a desperate pursuit of a goal, reviving a role the defender had with BidVest Wits in his debut Premier Soccer League season in 2008/09.

It meant that Sundowns started to play route one football, launching balls forward towards Langerman and substitute Tade.

Defender Ricardo Nascimento came close to the equaliser when his header from Tade’s free-kick was brilliantly saved by Tagnaouti, sealing a potentially catastrophic defeat for Sundowns’ campaign.