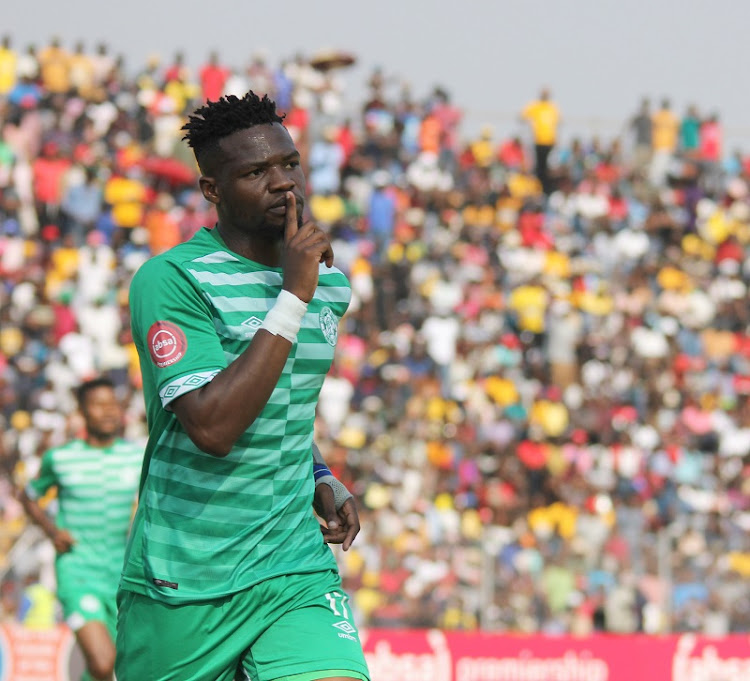 Tshegofatso Mabasa of Celtic has risen to be among the most exciting PSL players.
Image: Phillip Maeta

Bloemfontein Celtic striker Tshegofatso Mabasa may be seen as the most prominent graduate of the MultiChoice Diski Challenge (MDC), but he's not the only Diski product who's holding his own in the top-flight.

Mabasa is hot on the heels of Absa Premiership top-scorer Mwape Musonda, vying for the Golden Boot. The 2016/2017 MDC top-scorer, with 12 goals, has netted eight goals in the Premiership thus far - four behind Musonda of Black Leopards.

Nevertheless, Mabasa, 22, isn't the only MDC success story when it comes to producing players.

The reserve league has played a pivotal role in nurturing talents, with nearly half of Golden Arrows squad coming from Diski.

Nduduzo Sibiya, Nkosingiphile Gumede and Siboniso Conco are the most notable MDC graduates, who have made a name for themselves in the senior side of Abafana Bes'thende. Conco was the reserve league's top-scorer and the Most Precious Find (player of the season) in the 2017/2018 campaign.

Kaizer Chiefs have seen a number of their Diski boys ascend to elite league. Chiefs' first MDC group that graduated to the senior side had players such as Bruce Bvuma and Siyabonga Ngezana, among others in 2016.

Last year, it was players like midfield maestro Nkosingiphile Ngcobo, and Siphosakhe Ntiya-Ntiya. Another promising player is Happy Mashiane who graduated from the MDC early this year.

A few weeks ago, Amakhosi announced the arrival of centre-back Njabulo Blom to the first team from the Diski side.

Having played an integral part in Celtic's MDC triumph this term, captain Shadrack Kobedi was rewarded with a top-flight debut in Phunya Sele Sele's goalless draw at Mamelodi Sundowns.

Leading striker to face off with Alf
Sport
3 years ago

Three days later, the Celtic Diski skipper started in their 1-1 stalemate against Orlando Pirates, prompting Mabasa to tip him for greatness.

The Celtic striker holds the MDC in high regard, lauding its role in his own development.

"The MDC is a great initiative. I am very grateful to MultiChoice and PSL because this league is the reason I am here [in the top-flight]. I believe we will see more young players coming through," said Mabasa.