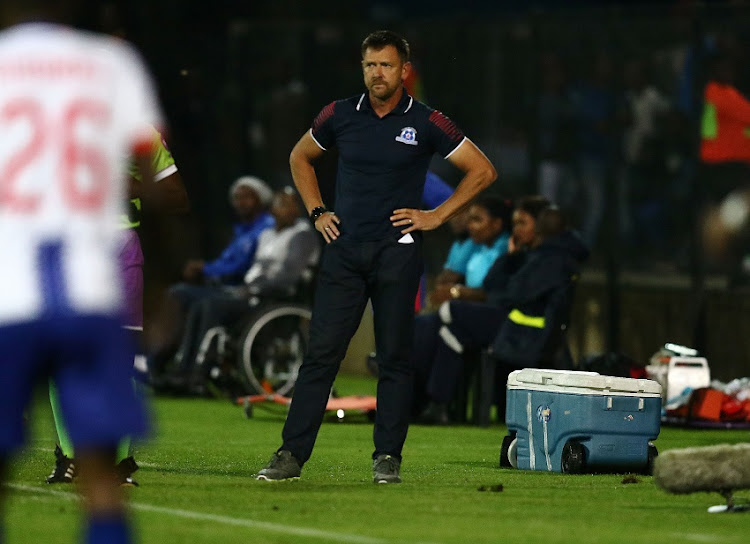 Relegation-haunted Maritzburg United are settling in for a tenacious fight in the last six games of their season as they seek to climb off the bottom of the Premier Soccer League and keep their top flight status.

Coach Eric Tinkler say: “There will always be hope as long as I am here and so does the club.

"The owners of the club believe and they’ve done it before. They’ve been in this situation before.

“Funnily enough they were on exactly the same points at the time and they avoided relegation and so hopefully we can do the same.”

Maritzburg are stuck on 17 points after losing their last two games narrowly to Kaizer Chefs at the weekend and then champions Mamelodi Sundowns at home on Tuesday.

“Hopefully we won’t leave it to the last game like last time but if we need to we will. We will plan for every eventuality.

“Even if that’s playoffs. We have to fight for every little chance‚ fight to the death.

“Mathematically it is possible

“The only thing we can’t plan for is next season.”

Tinkler says it is an advantage that rivals like Baroka FC and Chippa United have a much tougher run-in.

“Other teams around have tough fixtures when I look at them.

Maritzburg must now wait until Friday‚ April 5 for their next game‚ at home to Bloemfontein Celtic.

After that they meet Highlands Park (away)‚ Orlando Pirates (h)‚ Black Leopards (a)‚ SuperSport United (h) and Baroka (a).