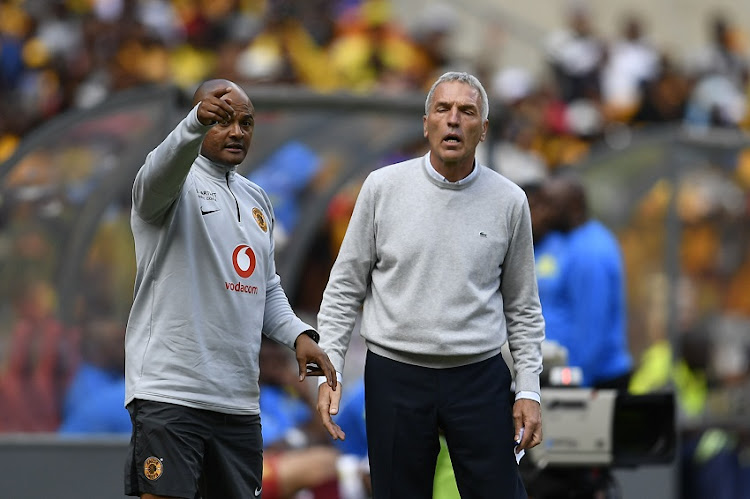 Kaizer Chiefs coach Ernst Middendorp has included another academy product in his travelling squad to take on SuperSport United in their Absa Premiership clash at Mbombela Stadium on Friday night.

The coach has taken 19-year-old defender Njabulo Blom‚ only promoted from Chiefs’ MDC reserve team this month‚ to Nelspruit and hinted that the youngster has shown signs of being ready for a debut.

Middendorp recognised the scale of the match‚ where a loss for seventh-placed Chiefs (eight points behind leaders Mamelodi Sundowns) would effectively end any faint title hopes that remain‚ and defeat to fifth-placed SuperSport would come as a blow to challenging.

“The match against SuperSport United will play a role in deciding who will be in the running for top league positions‚” Middendorp said. “It promises to be a tough fixture against an opponent who are on a good run.”

Despite this‚ it would not come as a great surprise if Middendorp gave Blom a run‚ even from the bench.

The coach has enhanced his reputation for being fearless throwing in youth products since joining Amakhosi in December‚ handing debuts to winger Happy Mashiane and Nkosingiphile Ngcobo. He also started Mashiane in a 1-1 Soweto derby draw against Orlando Pirates.

“Njabulo Blom has been included in the travelling squad‚” the coach said.

“I’ve noticed a positive change in his game and persona‚ which is good. He’s showing signs of being ready to make his first team debut.”

Chiefs’ matchup against SuperSport is one of three big PSL fixtures scheduled for Friday night.

The league matches were moved back a day to allow Bafana Bafana to leave on Saturday for Tunisia for their must-draw or win 2019 Africa Cup of Nations qualifier against Libya in Sfax on Sunday‚ March 24.